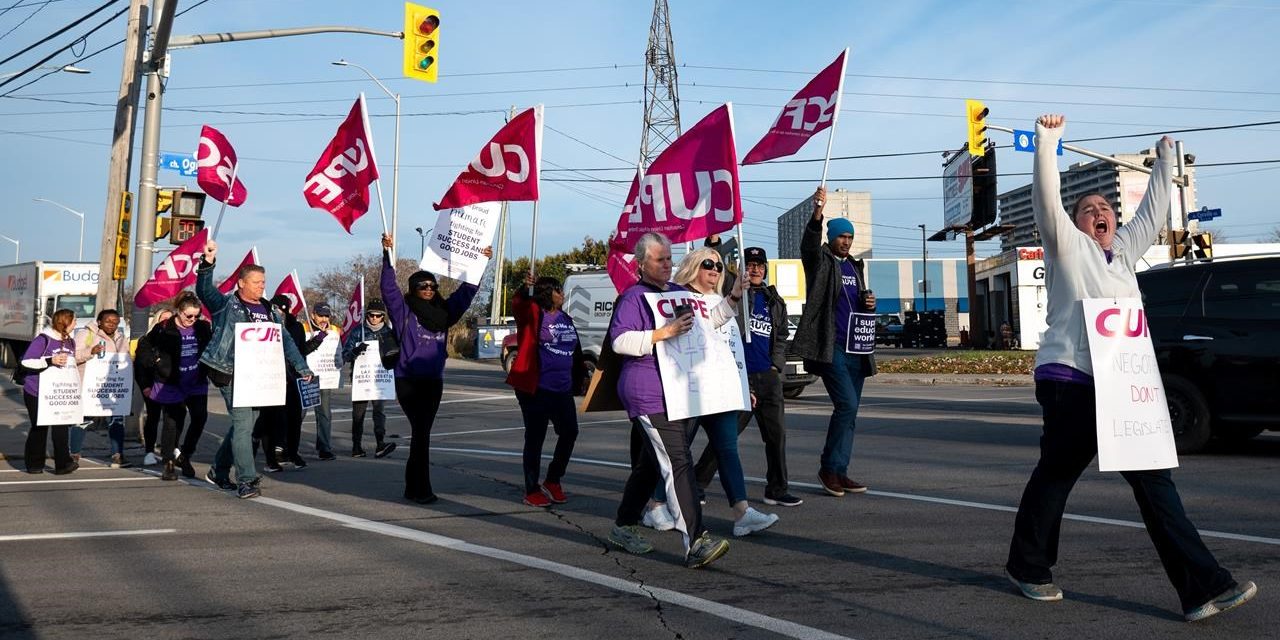 CUPE members and supporters joined anti-government demonstrations across the province on Friday. THE CANADIAN PRESS/Spencer Colby

Dozens of people have gathered all day in front of the constituent office of Burlington MPP Natalie Pierre to protest her provincial government.

Premier Doug Ford invoked the rarely-used notwithstanding clause to strip the fundamental right to collectively bargain and strike from members of the Canadian Union of Public Employees (CUPE).

Rather than preventing an expected job action, however, the move seems to have galvanized opposition and has led to wide-spread protests across the province. In addition, several other unions have publicly lambasted the premier for his decision.

Andrea Grebenc, the former chair of the Halton District School Board and recent candidate for the chair of Halton Region, joined today’s protest at Pierre’s office at 3027 Harvester Rd.

Such incredible positive energy at the corner of Harvester and Guelph Line! #BurlOn Honk after honk after honk! Ontarians' Rights should not be stripped!#onpoli #onted #Canpoli pic.twitter.com/EXFkzyQbUv