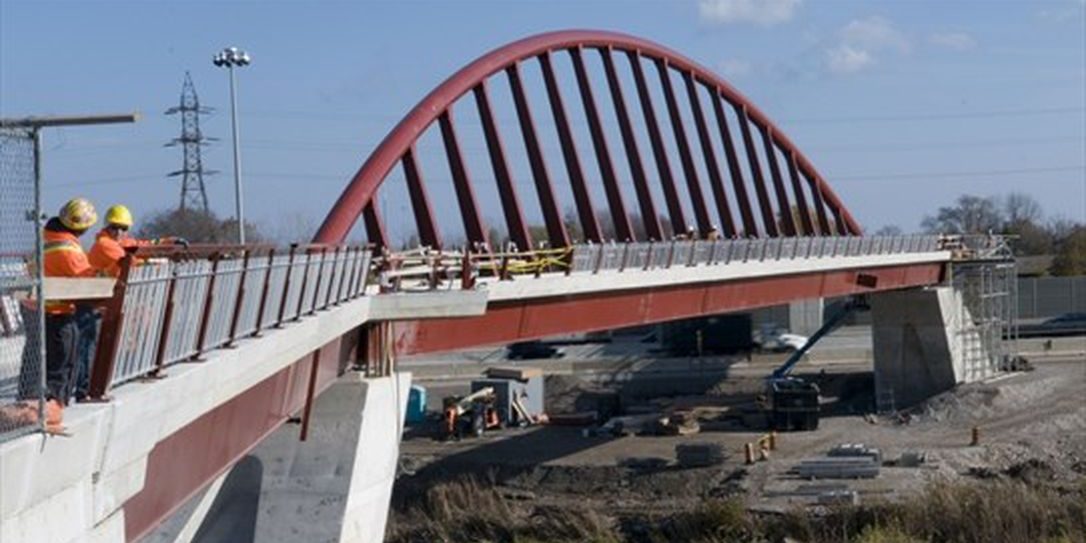 A pedestrian bridge over the QEW may be more of a reality now that a federal funding program has opened up.

According to Ward 3 councillor Rory Nissan, the bridge would open up the downtown area to pedestrians and cyclists north of the QEW.

“This is something I’ve really been supporting,” said Nissan. “It can be a nightmare for pedestrians and cyclists to get south of the QEW using either Brant St. or Guelph Line. This would alleviate that issue.”

The plan would see the pedestrian bridge installed near Costso on the east side of Brant St. and crossing over to a mostly empty lot that currently contains only a couple of hydro towers.

Nissan explained there are still several steps before the project would see shovels in the ground, including an environmental assessment, land acquisition if necessary and provincial approval.

But he doesn’t want to waste an opportunity for federal funding and has discussed the City’s application with both Burlington MPs.

“The timeline would depend on funding. It’s on our radar and we’re doing the preliminary planning now.”

Nissan roughly estimated the cost of the project at around $15 million.