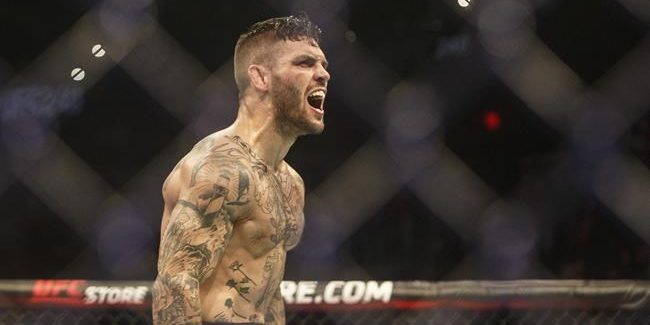 Burlington welterweight Mike (Proper) Malott will finally make his debut on the largest stage mixed martial arts has to offer.

Malott will make his first UFC appearance at UFC 273 on April 9 in Jacksonville, Florida.

The 30-year-old earned his UFC contract after a 39-second submission win in early October on Dana White’s Contender Series. Malott stopped Israel’s Shimon Smotritsky via guillotine choke for the second-fastest submission in the show’s six-season history.

Malott (7-1-1) has had to go beyond the first round just once, in a 2015 draw with France’s Ousmane Thomas Diagne in Bellator action.

Gall (7-4-0) is coming off a December decision loss to Alex (The Great White) Morono. He won his first three fights in the promotion, including a submission victory over highly touted Sage Northcutt, but has gone 3-4-0 since.

The Contender Series offers fighters a chance to impress the UFC president and possibly earn a UFC deal.

Malott trains and serves as a coach with Team Alpha Male in Sacramento, Calif. His younger brother, Jeff, is in the Winnipeg Jets organization, currently playing for the AHL’s Manitoba Moose.