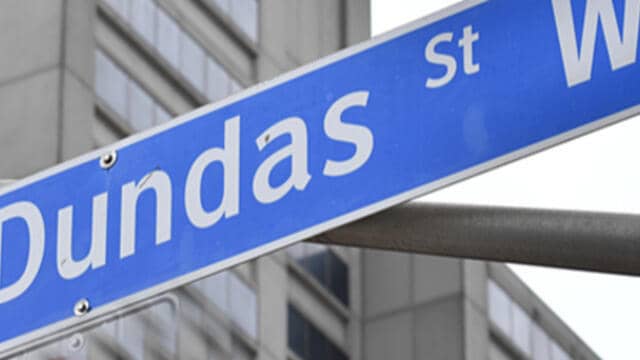 With Toronto city council recently voting to rename Dundas Street, people may be wondering what this could mean for the City of Burlington.

Dundas Street, which also runs through Burlington, Oakville and Mississauga, is named after 18th-century politician Henry Dundas, who is known for delaying Britain’s abolition of slavery.

In a recent interview with inhalton.com‘s Khaled Iwamura, Meed Ward stated that because it is a Regional road, renaming it in Burlington would have to be a collective decision between all four municipalities in Halton.

“We have had no significant push to rename that street coming from Burlington or Halton residents,” said Meed Ward.

The mayor also emphasized the fact that the name change process was different in Toronto because the issue was studied for various months and had considerable input that came from the community.

While Meed Ward stated that the City of Burlington hasn’t seen the “same push,” she said she is “open to the dialogue.”

Additionally, in a previous interview with Iwamura, Meed Ward stated that they would want to hear from the community prior to making a decision and would want them to lead it.

“We don’t want this to be a top-down decision just because folks around us are doing it,” concluded the mayor.