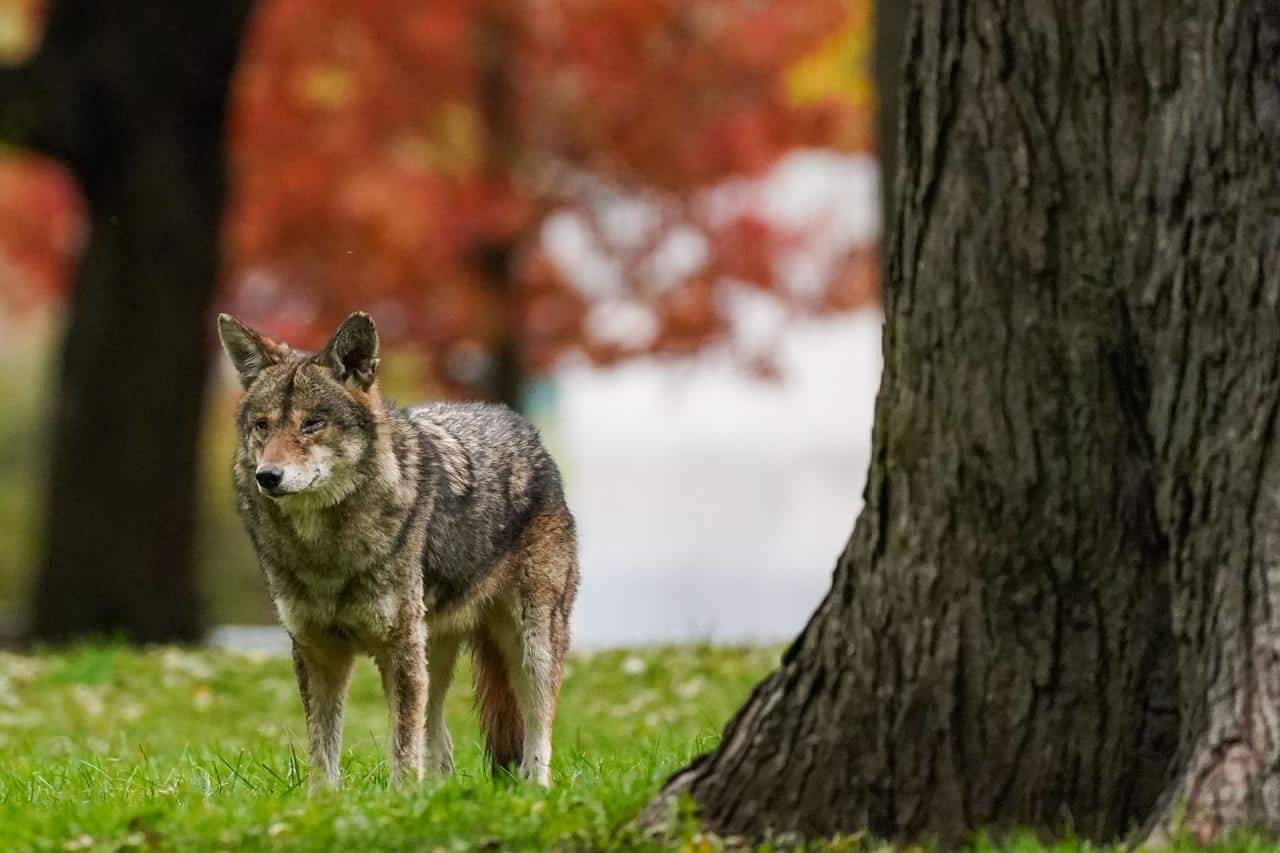 Owen Barnes has come across two coyotes in the last month while walking through trails in his Burlington, Ont., neighbourhood.

In the first encounter, a scruffy one was entering the trail as Barnes was leaving and they spotted each other from about six metres away. Just days later, Barnes spotted another sitting under a bridge he was crossing.

Both times, he managed to leave without any further escalation, but the encounters left him rattled.

“It was too close for comfort,” he said in a phone interview.

Burlington has recorded what it said were its first reported coyote attacks on humans this year while seeing a significant rise in encounters with the animals.

The city has killed several coyotes responsible for aggressive behaviour, formed a task force that includes police and wildlife control professionals to deal with the issue, and is urging residents not to feed the animals – something it says is behind the rise in attacks on humans.

“When people feed coyotes, intentionally or unintentionally, coyotes become familiar with humans, are no longer afraid of humans and show more and more aggressive behaviour,” Carla Marshall, a communications adviser at the city, wrote in a statement.

“The experts are convinced these localized attacks are coming from coyotes who have been conditioned to see humans as a food source.”

Marshall said the city received photos of frozen meals and a bushel of corn left on a trail that was close to the site of an attack.

“This must stop as it is attracting and conditioning the coyotes to be reliant on human feeding, leading to aggression and attacks on residents,” she wrote.

The city killed three coyotes it said were responsible for seven unprovoked attacks on humans since late August. A fourth was later killed because it was aggressive, not afraid of humans and not “showing normal coyote behaviour.” Meanwhile, the city’s council has approved an increase in fines for residents caught feeding wildlife or failing to keep their properties clean.

Farther east, the city of Toronto is also dealing with aggressive coyotes. Local police warned residents on Monday to be cautious after reports of two coyotes trying to attack someone in the east end.

Colleen St. Clair, a biological sciences professor at the University of Alberta, said aggressive coyote behaviour is usually the result of a person that is intentionally feeding them, causing them to lose their fear of people.

St. Clair, who created the Edmonton Urban Coyote Project in 2009 to study how coyotes live in urban areas, said each time she’s investigated rashes of attacks in her city, she’s found first-hand evidence that they were accessing human food. She also said coyotes could be getting food left out inadvertently, including garbage, bird seed and, during this time of year, fruit that’s fallen on the ground.

When human-coyote conflicts occur, St. Clair said there’s often speculation that attacks are the result of urban development encroaching on their habitats, but it’s more likely that “coyotes are exploiting us.”

“Coyotes are really adaptable and flexible in their behaviour,” she said.

“The bulk of human-coyote conflict that’s going on in urban areas is caused by coyotes learning that they’re pretty safe in urban areas, they don’t have any predators there … that there’s all kinds of food there and all kinds of places where they can den quite securely.”

St. Clair also noted that coyotes aren’t susceptible to being domesticated in the way wolves and dogs have historically been, which could be part of the reason they become aggressive when they start to see humans as food sources.

The best way to promote human-coyote coexistence in cities and prevent lethal removals is public education that emphasizes not feeding the animals, St. Clair said, in addition to the enforcement of bylaws that prohibit feeding.

For people in areas with known coyotes, St. Clair advised taking extra precautions, such as erecting taller fences around backyards and keeping pets on leashes and cats indoors.

People running, walking or out with children in natural areas should be prepared to defend themselves and treat the coyotes aggressively “with more than standing tall and waving your arms and clapping your hands,” which St. Clair said are not very effective techniques.

She recommended carrying something to throw at a coyote – even a dog poop bag will do. Flashlights or umbrellas can also be effective tools for scaring them off.

“Throwing something shortens the distance between you and the coyote, and it teaches the coyote you can potentially harm them even though you’re a distance away,” she said.

However, people should never turn their backs or run away from coyotes, St. Clair warned, because coyotes have an innate instinct to chase fleeing animals.

Euthanizing coyotes responsible for attacks on humans is what needs to happen once the animals have lost their fear of people, she said.

“That’s always the outcome of food conditioning,” she said. “There’s not really a way of restoring human safety while food-conditioned animals remain in an area.”