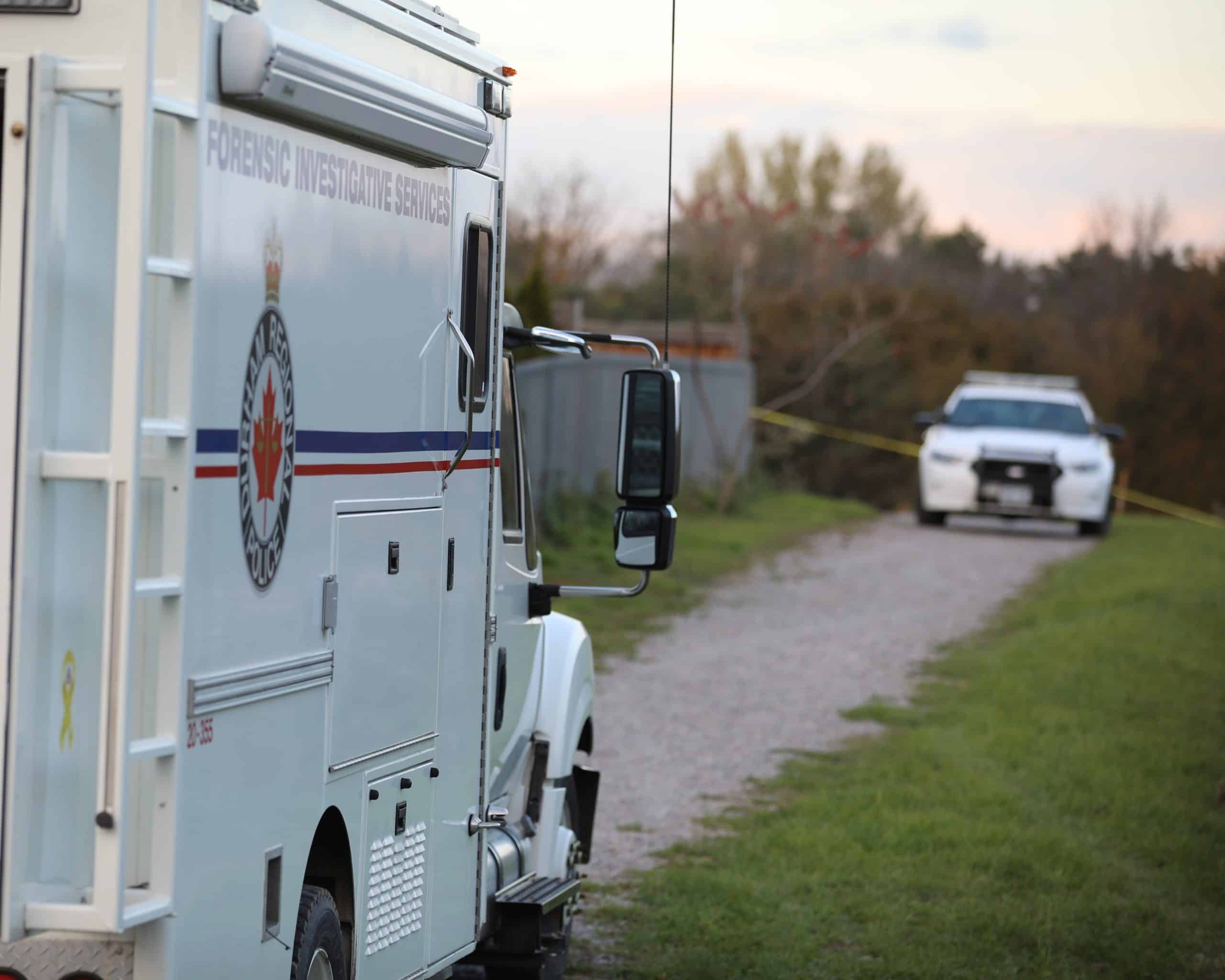 Police were called to the Secreto Drive and Britannia Avenue East area after receiving information about remains buried underground around 4 pm November 4.

Officers are searching a green space in the area of Secreto Dr near Britannia Ave E in north Oshawa as part of an ongoing investigation. Expect to see a police presence in that area. There are no public safety concerns. More info will follow when available.

The DRPS Forensic Identification Services were called in and combed the area over the weekend.

The following Monday, November 8, the remains were finally found. They are unidentified pending further investigation.

Police will remain at the scene until all remains are recovered. The homicide unit thinks they are from a cold case and say there is no danger to the public.