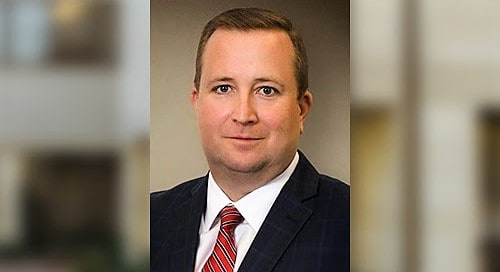 The City of Niagara Falls recently announced their new CAO (Chief Administrative Officer) and in the end, they went with a man who knows the area all too well.

Jason Burgess, a life-long resident of the Niagara Region, comes to the City with years of municipal experience, most recently as CAO at Norfolk County, which operated on a budget of over $300 million and had 700 full time employees.

“I am very excited about this opportunity. The City of Niagara Falls has a solid foundation and is poised for dynamic and exciting growth for years to come,” said Burgess. “I look forward to working with the City Council, City staff, residents and the community in making this happen”.

Holding a Bachelor of Accounting from Brock University and being a Chartered Professional Accountant (CPA), Burgess was a past recipient of the Queens Jubilee Medal for Community Involvement, Past Chair of the United Way, and was previously named to Niagara’s “Top 40 Under 40.”

From 2014-2018, he served as the Commissioner of Corporate Services and Treasurer for the Niagara Region, as well as the Director of Procurement and Strategic Acquisition.

In addition to his work in municipalities, Burgess has extensive work experience in the private sector. He was previously a partner with MNP, a large national consulting firm, where he led the municipal practice for southwest Ontario.

He also was employed as the Senior Manager and Vice President at Deloitte, and a member of the firm’s National Tourism Hospitality and Leisure team.

In addition to being the new CAO, Burgess will also serve as the President and CEO of the Niagara Falls Holding Company, and as the Secretary to the Board for Spark Niagara.