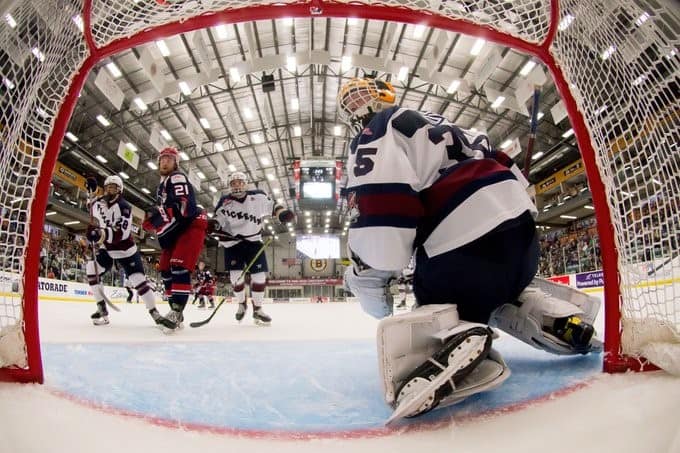 Pickering goaltender Zach Roy was a rock in Sunday's Centennial Cup final against the Brooks Bandits, who outshot the Panthers 44-11

For nearly 47 minutes Zach Roy did his best to will his Pickering Panthers to their first ever national championship.

The Brooks Bandits, who had rolled through the 2022 Centennial Cup tournament with a 5-0 record, outscoring their opponents 40-9 – including a 9-1Big third period leads Brooks  shellacking of the Panthers in group action – had assembled a 28-4 shot advantage through the national final, yet found themselves down 1-0.

That was thanks to a first period goal from Ethan Doyle – his fourth of the tournament – some strong team defence and the heroics of Roy.

The shot count after 30 minutes? Forty-four-eleven, including 16-1 in the middle period that was highlighted by Roy’s outstanding goal-line stop on tournament scoring leader Ryan McCallister. 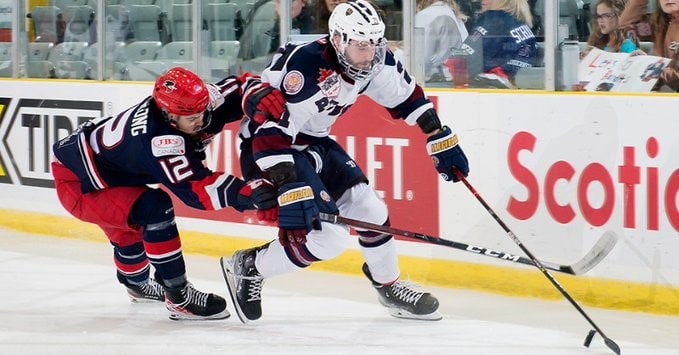 Finally, at the 6:54 mark of the third period the Bandits broke through on their 34th shot, with Aiden Fink scoring from Roy’s doorstop. Fourteen seconds later Devin Phillips was sprung on a breakaway and Brooks had the lead.

This time there would be no comeback for the Cardiac ‘Cats, who came back twice in the tournament to post victories and were 2-for-2 in overtime games, as Ryan McCallister added two more in the third to make it a 4-1 final.

The Panthers’ performance in Estevan, Saskatchewan drew praise from TSN hockey analyst and former NHL GM Craig Button. “Boy did the Pickering Panthers push,” he said on the broadcast, adding that the OJHL champs played a solid defensive game and made Brooks “did a little deeper to find a way to earn the championship.” 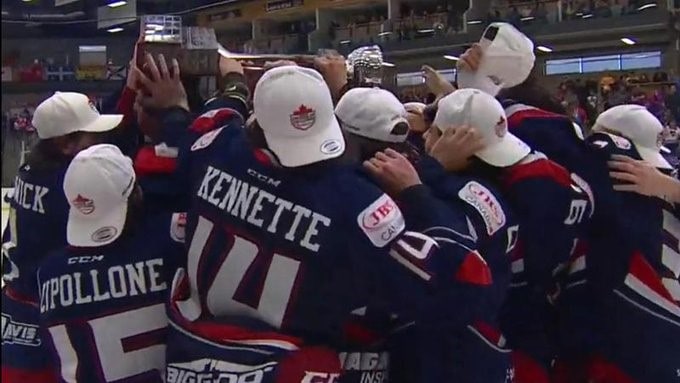 Western Michigan University-bound McCallister, who was named the tournament’s top forward, led all scorers with 18 points, four ahead of Pickering’s Dustin Hutton.

Pickering advanced to Sunday’s Centennial Cup final with a 2-0 victory over Manitoba champion Dauphin Kings the day before, thanks to a stellar 32-save performance from Roy and goals by Jacob Partridge and Lucas Rowe. 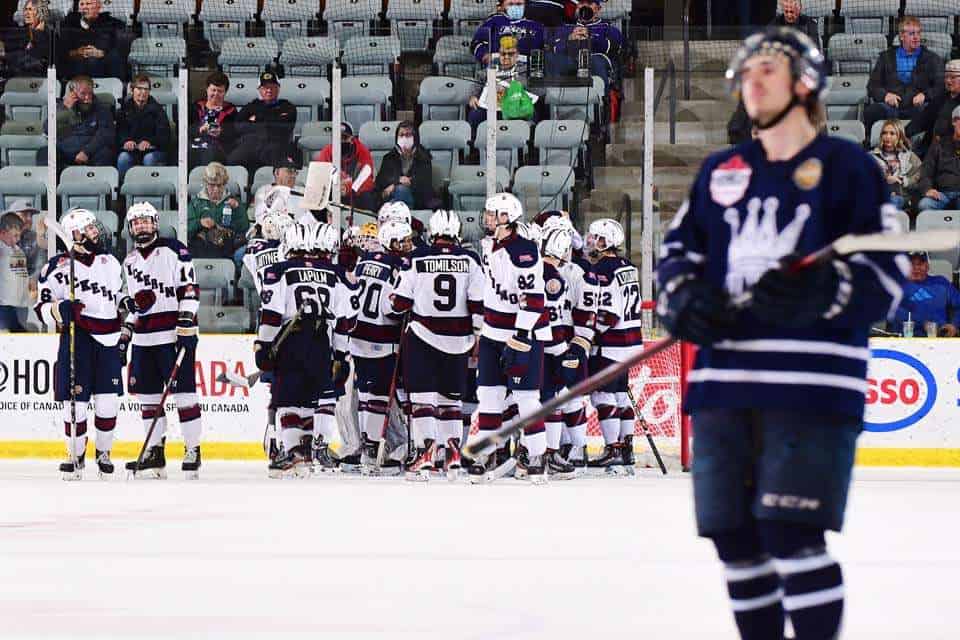 With eight over-agers on the squad, including Hutton, Roy, Rowe, Doyle, Partridge, Brendan Tomlinson, Ian Martin and Matthew Altomare, the Panthers will have to re-build for next year. But the players can hold their heads high, with Centennial Cup finalist to add to their resume in their first appearance at a national championship at any level.

So proud of the OJHL’s Pickering Panthers and your accomplishments this year, it’s been an absolute pleasure to chronicle your journey. @PanthersOJHL @OJHLOfficial

Congrats to the @PanthersOJHL , @Rob_Pearson12 and the whole Pickering staff on making the National championship game and leaving nothing on the ice! Everyone back in Ontario is proud of how the Panthers represented the @OJHLOfficial 🇨🇦

There are 118 teams in the #cjhl
Huge accomplishment to make the #CentennialCup championship game.