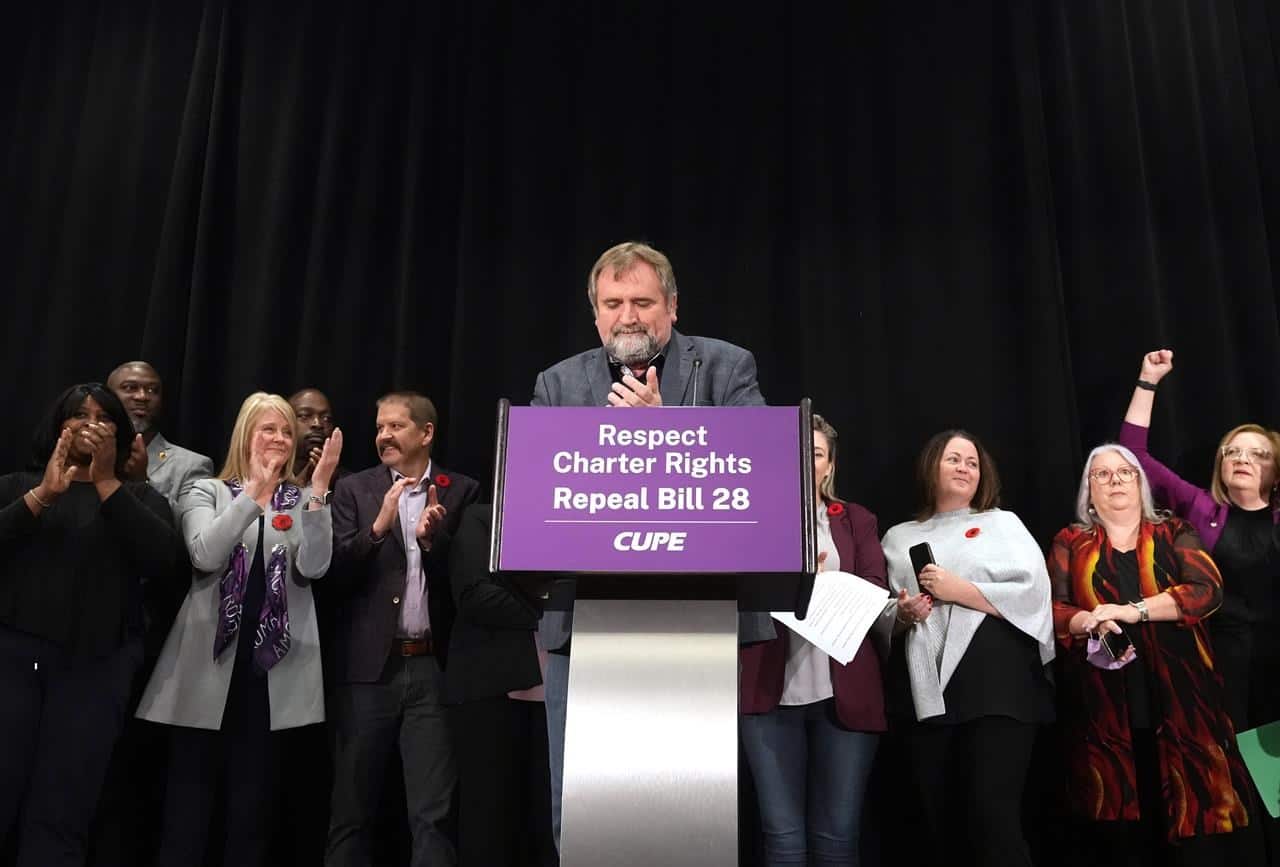 Labour experts say a broad outpouring of support from unions for education workers in their fight with Ontario Premier Doug Ford was unprecedented and could galvanize workers at the bargaining table in the weeks and months to come.

The Ford government backed down Monday as it promised to repeal a law that made illegal a strike by the education assistants, librarians and custodians as polls suggested broad-based support for a general strike.

Brock University labour studies professor Larry Savage says Ford’s use of the notwithstanding clause to impose a contract on the workers represented by the Canadian Union of Public Employees backfired.

Support for CUPE poured in from private- and public-sector unions.

Savage says Ford will be unlikely to try and use the notwithstanding clause again soon at the bargaining table, such as with GO Transit bus drivers who were also on strike Monday.