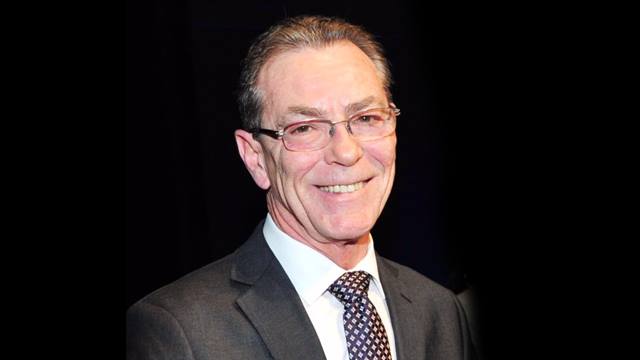 Jim Tovey, who has been serving Mississauga as its Ward 1 City Councillor since 2010, has passed away suddenly.

The cause of death has not been announced.

“Mississauga has lost one of its greatest champions today,” Mayor Bonnie Crombie said in a statement on Tovey’s passing.

Tovey, who was born and raised in Victory Village in Mississauga to WWII veteran John Tovey and London-born Joan Munn, was known for being a passionate advocate of the Lakeview community.

Tovey enjoyed a 15-year career as a vocalist before going back to school to study carpentry and architectural technology. While working as a carpenter and heritage restoration specialist, Jim and his wife, Lee, moved to the Lakeview neighbourhood in 1989–a neighbourhood that was known for its 120 year history of pollution, thanks to the Lakeview Coal Generating Station.

Tovey became the president and founder of the Lakeview Ratepayers Association, and in 2008, he led that group to become the first citizen group in North America to create a community-driven master plan adopted by all levels of government.

The project went on to receive two national awards for urban planning. Tovey played an important role in convincing the City of Mississauga and the provincial government to abandon plans to construct a 900 MW gas plant. He was also instrumental in convincing them to revitalize the community. His vision was realized in the conception and execution of the Inspiration Lakeview Project.

Tovey was declared Mississauga Citizen of the Year in 2009 and was elected to council a year later.

In 2012, he received the Queens Jubilee Medal for his work as a private citizen.

“I join council and staff, as well as all residents of our city in sending our thoughts and prayers to Jim’s family during this difficult time. We will do everything we can to support his family, staff, and friends throughout this challenging time,” says Crombie.

Crombie says a condolence book will be set up at City Hall for residents to pay their respects and remember Tovey.

“It is a shock to all of us to learn about the passing of Councillor Tovey,” said Janice Baker, chief administrative officer (CAO) and city manager.

“He has been a strong advocate for so many great initiatives in the city such as Inspiration Lakeview and Inspiration Port Credit. Most of all, Councillor Tovey worked together with staff to make this city a more liveable, vibrant and connected community. On behalf of the staff at the City of Mississauga, we offer our deepest condolences to his wife Lee, his family and the entire community who will mourn his passing. On a personal note, I truly enjoyed working with Councillor Tovey and loved his passion for his community. He will be deeply missed.”

Flags at all City of Mississauga facilities will be lowered to half-mast.

“Jim was a loving husband to Lee, father to Daniel and a grandfather. He was a friend to all those who met him and the passionate leader of Ward “1-der-ful,” Crombie says.

Crombie said that there was no more ardent defender of the Great Lakes than Tovey, who led the charge to protect Mississauga’s waterfront and waterways for future generations.

“On a personal note, like so many, I came to count Jim among my good friends. It was an honour to work with and learn from Jim for the past six years. He was always there in your time of need, ready to lend a hand, and never afraid to roll up his sleeves to get the job done. Jim had a great sense of humour and always looked for the positive in every issue or challenge,” she says.

“He did not accept that something could not be done, but always looked for innovative ways to make the world a better place. Jim Tovey truly made Mississauga better.”

Funeral arrangements will be determined in the days to come.