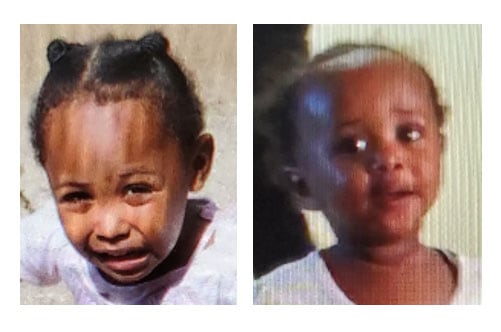 An AMBER Alert has been issued by Waterloo Regional Police Service in connection to three-year-old Hanan Ahmed and one-year-old Fowsia Ahmed.

The two girls are believed to have been abducted by Maxamed Abukar Maxaad and Mariam Muhsin Mohamed.

Maxaad and Mohamed are believed to be traveling with the girls in a grey Kia FLG with the license plate: C F E N 6 3 9.

The vehicle was last seen travelling southbound on Fairway Road in Kitchener.

Anyone with information regarding the girls’ whereabouts is urged to call 9-1-1.