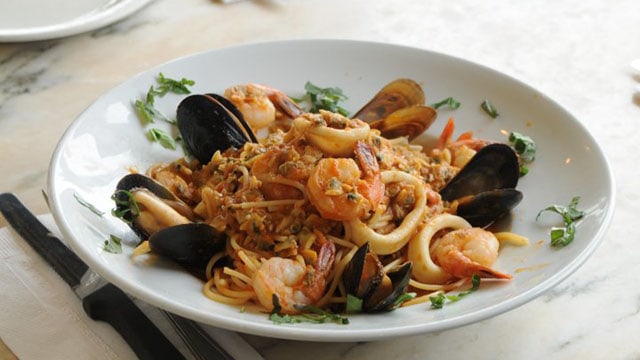 Although Mississauga has a substantial waterfront (and one that’s slated to undergo incredible redevelopment, no less), its waterside food scene has always been dominated by the popular (some might argue iconic) Snug Harbour.

Now, that’s about to change.

The owners of the incredibly successful Toronto gem Cafe Diplomatico–located right in the heart of the bustling Little Italy neighbourhood–are working on a brand new waterside restaurant in Mississauga and they expect it will open its doors in mid to late fall of this year.

“We’re working away and most likely we’ll be open by middle to the end of fall 2017,” says Rocco Mastrangelo Jr, co-owner and general manager with Cafe Diplomatico.

Posta, the brand new Italian restaurant, is currently taking shape in the old post office location at Stavebank and Lakeshore Road. As for why Mastrangelo and his co-owners–Marco Mastrangelo and prolific nightclub owner Moses Sabatino, who operated the renowned Fluid nightclub–zeroed in on the growing Port Credit area, he said the location was a natural choice. “My brother, who is one of the partners, lives out there and he has a boat at the marina,” he says. “It’s in the right spot, it’s right on the boardwalk. Having owned Diplomatico for over 20 years, we know that location, location, location is the key.”

“There’s quite a bit of development and density planned for the area, the City of Mississauga is revitalizing the area and we plan to be there for awhile,” he says. “We secured a long lease.”

Although the restaurant will likely be known for its fresh, house-made pasta (more on that later), it might also attract diners eager to try out a new waterfront patio. Mastrangelo says the restaurant will seat up to 400 diners and occupy up to 9,300 square feet of space–which includes a vast lakeside patio with its very own bar.

“We’ll make our own fresh pasta on site, so there will be a production area visible to patrons. We also plan to offer a little bit of retail business, so people can buy fresh pasta to take home,” says Mastrangelo, adding that people will also be able to purchase sauces and olive oil.

“We’re heavily into appetizers and there will be a salumi and formaggi area where diners can choose their appetizers at a bar,” he says. “There will be a pizza bar and we’ll have an express counter to serve the people who walk around in the summer and the businesses around us.”

Posta will also make its very own Italian gelato and serve a greater variety of wines by the glass. It will also offer a private dining room for special functions and events.

“We’ll have a wine bar as well as a private dining room,” he says. “We’ll be serving more wine by the glass to give people the opportunity to spend less.”

Mastrangelo says the resto will use Enomatic machines to better preserve open wines so that people can enjoy a greater variety of vino without having to purchase an entire bottle (something that’s often not doable for many–especially people who have to drive home).

“You open a bottle and preserve the bottle as though it was brand new,” he says.

Mastrangelo says the kitchen will stay open late to accomodate night owl diners and that while it won’t be open for breakfast, the resto’s express bar will be open early to serve cappuccinos and other espresso-based beverages.

Even better news? The restaurant will serve brunch on Saturdays and Sundays.

Mastrangelo also says Posta will offer a catering service, third-party delivery and takeout. Diners can also rent the space for a number of events, including private functions, weddings, corporate events and more.

And while the restaurant is opening for a few months, it’s been getting a lot of buzz.

“People are excited, there’s been a lot of chatter,” says Mastrangelo.