If you live in Mississauga, you've probably visited Square One.

In fact, you might spend a great deal of time there.

Those who regularly frequent Square One to shop (or just to eat, as the shopping centre is steadily becoming known as a food hotspot and that trend will continue once the Food District opens this year) are not alone. According to the recently released Canadian Shopping Centre Study 2018, a study carried about by the Retail Council of Canada (RCC), Square One is one of the most profitable malls in Canada.

The report also notes that Square One's revenues have risen 2.14 per cent since 2017 (a positive sign at a time when brick and mortar retailers are struggling to attract shoppers who have been wooed by e-commerce giants).

Square One is also one of the country's busiest malls. 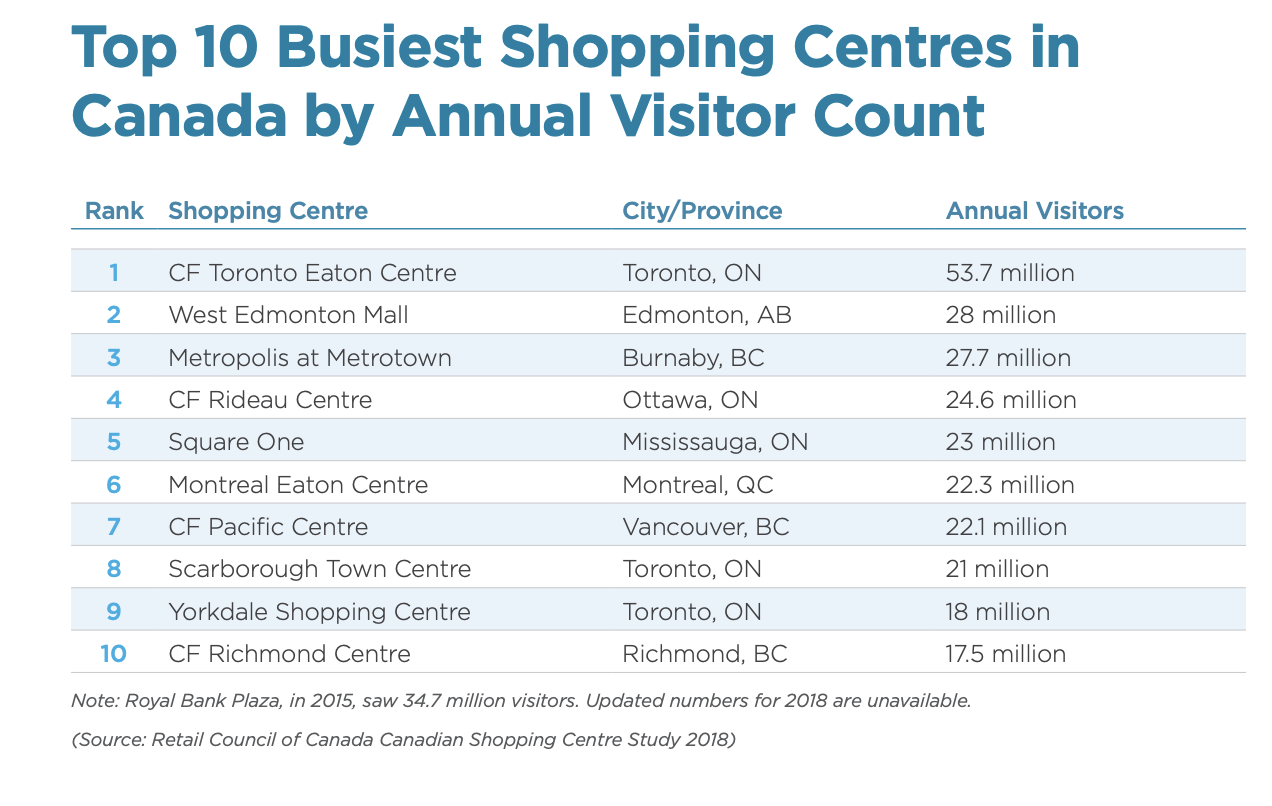 According to the report, the shopping centre attracts 23 million visitors a year, making it the fifth most heavily visited mall in Canada.

The Eaton Centre attracts the most visitors a year, pulling in 53.7 million shoppers annually. It's followed by the West Edmonton Mall (28 million), Metropolis at Metrotown in Burnaby, B.C. (27.7 million) and the Rideau Centre (24.6 million).

According to the report, Square One currently spans 1,905,505 sq. ft. and boasts 330 stores and 8,704 parking spaces. It features four anchor stores (Walmart, Holt Renfrew, Hudson's Bay and La Maison Simons) and believe it or not, is the only shopping centre in North America to feature Walmart and a luxury department store (Holt Renfrew) in the same property.

The report points out that further expansion is expected at the shopping centre, which recently welcomed a Uniqlo location. In 2019, Square One will become home to Indigo, the Food District (which will span 400,000 sq. ft.) and the Cineplex-owned Rec Room.