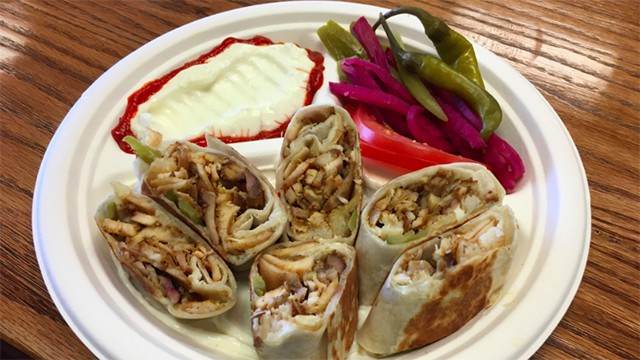 Is there truly such a thing as too much falafel?

While Mississauga has a healthy Middle Eastern food scene, it’s always nice to see a family-run restaurant nudge its way onto the culinary landscape and serve up tried and true favourites (such as shawarma and falafel) and a few unique dishes of their own (in this case, orange rice pudding).

Lakeshore Falafel recently opened its doors in the Applewood Village Plaza and serves the aforementioned Middle Eastern staples, as well as soups, salads, sweets and hot and cold beverages.

As far as atmosphere goes, the Syrian-born owners have imbued the space with some modern and contemporary touches. In their words, “it’s Middle Eastern without screaming Middle Eastern.”

As for the odd choice of name, the operators explained that they had originally set their sights on a Lakeshore Road location that ultimately didn’t pan out. Regardless of the location change, the name–catchy as it is–just stuck.

In terms of unique offerings, the resto offers up the previously mentioned orange rice pudding and a vegan-friendly cauliflower sandwich.