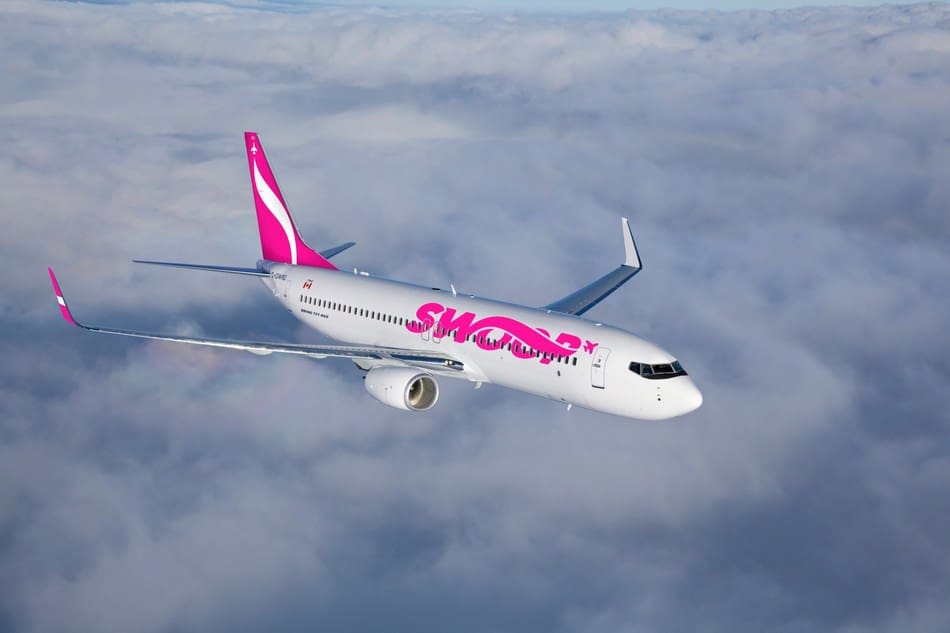 If you love to travel but you’re on a budget, you might have already discovered the beauty of ultra-low-cost airlines (ULCC). Now, WestJet has announced the name of its new ULCC, and when it’ll start selling flights.

ULCCs are awesome because of their low fares. Whether or not you’ve taken one, basically, they stay so affordable by starting at a base price of just a seat, and you can choose your own add-ons like a snack, checked baggage or in-flight entertainment at an additional cost. WestJet’s new airline is called Swoop, and it’s swooping into the ULCC market very soon!

Swoop is set to begin selling flights in early 2018.

“The name Swoop denotes exactly what we plan to do,” said Bob Cummings, WestJet Executive Vice-President, Strategy and the executive member responsible for the launch of Swoop. “It’s a powerful verb that demonstrates we plan to swoop in to the Canadian market with a new business model that will provide lower fares and greater opportunity for more Canadians to travel.”

These airlines are quite new to North America, but they’ve been available around the world for some years now.

ULCCs typically keep their fares so low by maintaining standardized plane sizes, seating configurations and flight patterns. They keep the “bells and whistles” at airports to a minimum.

That being said, lower fares can mean less comforts – ULCCs typically add seats to their planes, which reduces legroom, and charge extra for additional features like snacks.

Swoop is WestJet’s take on ULCCs to “get more Canadians travelling.” According to WestJet, it’s the only ULCC in Canada with a “strong balance sheet.”

What exactly does that entail?

A modern fleet of Boeing 737-800 aircraft for one, and, according to WestJet, a solid management team with strong knowledge of the market.