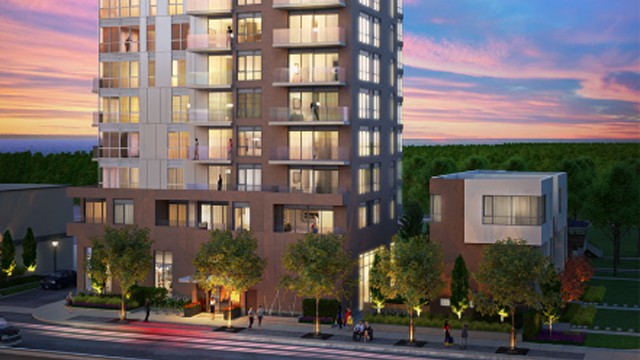 A brand new 15-storey condo is headed to Port Credit.

Mississauga’s Port Credit neighbourhood has branded itself as “Always On, Always Electric.” While there has been a lack of high rise developments in the core Port Credit area, there is now going to be some “electricity” injected into it with a new building that’s slated to take shape near the Port Credit GO station.

Designed by FRAM Building Group, the building development (known as NOLA Port Credit) is a 15 storey building at the intersection of Ann and High Street in Port Credit, close enough to the GO station to provide easy access to public transit options. Here is the current location as it looks right now.

This is the condominium that is going in on this piece of land. 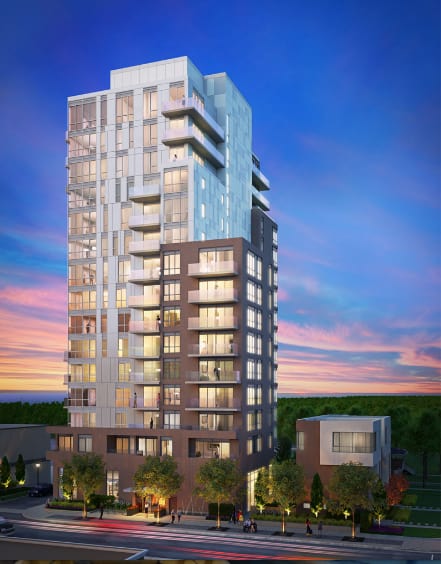 I think this type of condominium is reminiscent of the buildings across the way at 1 Hurontario Street, which is right at the intersection of Lakeshore Road, and the Port Credit Residences at 33 Hurontario Street. Accepting a builder like FRAM, which has a long history with Port Credit as we previously documented, was also a wise move. They went with a builder who understood from past developments to create them in sync with the natural waterfront heritage of Port Credit, as well as with Mississauga’s new sense of urbanity.

Council also voted to give the development $300,000 in Section 37 funding. Section 37 of the Ontario Planning Act allows for what other cities call “community benefits agreements.” If the owner of a property wants to build something that does not comply with zoning regulations, the owner may voluntarily agree to provide community benefits in cash or amenities in exchange for approval, such as a park. This figure was determined based on the increased value of the land as a result of the density increase, which was estimated to be $1.2 million.

There were the usual concerns over the structure being too tall, parking and noise complaints, but I think the most striking and reasonable concern which merits attention was that this was another residential building when there is no commercial office tower being considered for this area.

Notwithstanding the fact that the land would have to be re-zoned for commercial, Port Credit has historically been known as a place for living and running small businesses, as well as some larger retail outlets. The Square One area would be more attractive for new commercial office towers, which downtown Mississauga is currently in short supply of.

But the comment does raise the idea, in the long term, of whether Port Credit will transform into something different beyond what it is now. Port Credit today is essentially a complete community, with access to a transit point, several small businesses and a good amount of residences. Perhaps mid-sized commercial offices could populate the area in the not too distant future? That is not usually a traditional part of the Port Credit streetscape and one can imagine the resistance from the locals in that kind of a proposal.

Whatever happens, Port Credit is changing, and so is the rest of Mississauga.