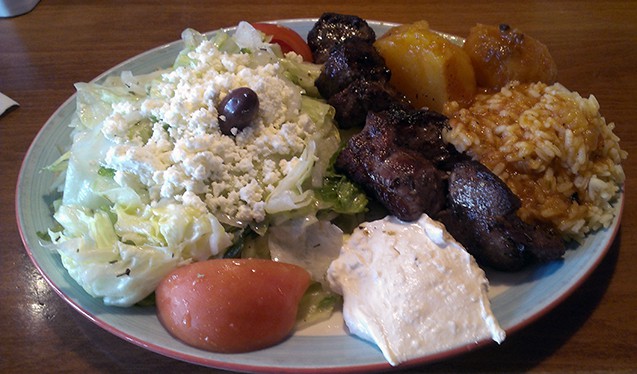 When one door closes, another one opens, as they say…or in this case, a restaurant.

We reported back late December that Jay’s Sandwiches of the World had shuttered its doors after only about a year or so in business. They had a variety of sandwich flavours and we were quite disappointed that they were not around as long as we hoped.

Fortunately, something has already emerged to take the vacant spot. 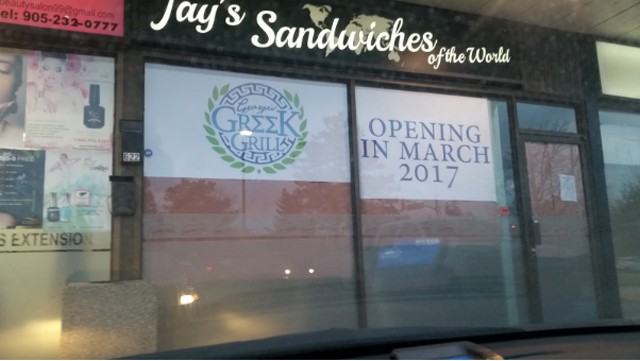 In March 2017, a new restaurant named “George’s Greek Grill” will open, according to the sign now on the front window. There is a Greek restaurant that has a similar name in Port Credit, but we’ve received no confirmation as to whether it’s the same owner and they’re opening another location at Bloor and Mississauga Valley Boulevard.

A Greek restaurant should benefit the neighbourhood, as that particular corner of the Bloor/Mississauga Valley has been derelict in the last few months. There’s actually a vacant property next door and it’s been that way since November 2015, after Mississauga MP Peter Fonseca used it for his campaign office during the last federal election.

A Greek restaurant would put some life back into this part of Mississauga Valley.

We will provide further updates once George’s Greek Grill opens in March.