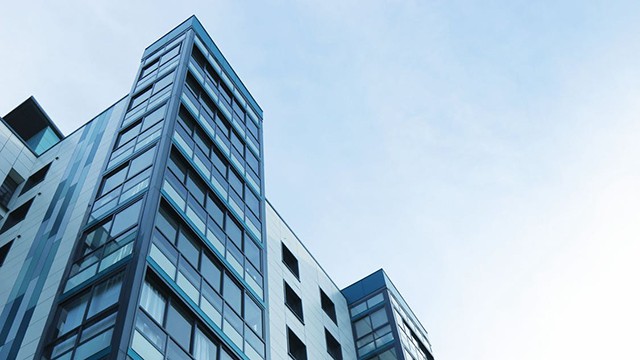 It’s no secret that housing has become increasingly more expensive in Toronto and the GTA, with detached houses typically costing buyers in Mississauga and surrounding cities between $800,000 and $1 million (often more) and condos–even modestly-sized two-bedroom units–running buyers over $500,000.

With wages failing to keep up with soaring real estate values (and with renting becoming increasingly more costly as homes become more valuable), a lot of lower and middle-income earners have been locked out of the real estate market entirely. Those who have managed to rent or purchase homes in the city are often paying well over 30 per cent of their household income on shelter costs.

For that reason, residents might be pleased to hear that a brand new affordable housing development recently broke ground in the Malton area of Mississauga.

Late last month, Habitat for Humanity Halton–Mississauga, City of Mississauga and Region of Peel staff and officials hosted a groundbreaking ceremony to celebrate the launch of the Bristow-Law Build Project.

The property, located at 3073 Merritt Ave., was purchased for a toonie. Once home to a fire station, the land has since undergone a rigorous clean-up process and will soon to be transformed into four new homes for local families in need of an affordable place to live.

“The process from paying the city a toonie to now took about three years,” says John Gerrard, CEO of Habitat for Humanity Halton–Mississauga.

“[Councillor Carolyn Parrish] came to us and said ‘I think I can get you some land. There are some issues, you’ve gotta work through those issues,’ and we did.”

Gerrard says the main issue was the environment.

“With a fire station on site, there’s bound to be some form of environmental element that needs to be cleaned, so we did the first round and cleaned 97 per cent of it and had to go back and do one more round just to be sure. That takes almost 16 months, but now we’re here. We’ve submitted all our paperwork, it’s in the city planning department. We hope to start in September.” Gerrard says the project, which he expects will take about 12 months to complete, will boast four two-storey units with basement suites that can be used for other family members.

“These are big homes, they’re four and five bedroom units, which are very rare. We’re very excited we can do that here in Malton, there are lots of large families here and lots of new Canadians and they tend to have larger families.”

Gerrard says the building, once complete, will house up to 20 individuals.

While the project won’t result in a massive affordable housing structure, it’s one of several projects geared towards providing more housing for the city’s lower and middle-class residents. Earlier this year, a new Daniels development with affordable units broke ground at 360 City Centre Drive.

The city has been working to increase affordable housing stock with its Making Room for the Middle strategy, a plan that involves petitioning senior levels of government for taxation policies and credits that incent affordable housing; piloting tools such as pre-zoning and a Development Permit System to develop affordable housing in appropriate locations (close to transit systems, for example); encouraging the Region of Peel to develop an inclusionary zoning incentive program for private and nonprofit developers; encouraging the region to investigate the cost of deferring development charges on the portion of affordable units provided in newly constructed multiple dwellings and more.

“Affordable housing is at the heart of our plans to build complete city,” says Mayor Bonnie Crombie.

“A Mississauga where people have access to modern public transit, and can find good paying jobs, earn an education and enjoy an unrivalled quality of life. The City of Mississauga was pleased to sell this land, a former city fire station, for a toonie. Now that’s a deal.”

As for how the Habitat project will work, Gerrard says the initiative is unique in the sense that it will allow families to become homeowners.

Gerrard says the residents can spend 70 per cent on all the other things they need, such as education, food, clothing and other necessities.

“That’s why our food bank use is so high, because when you have to choose between shelter and food, you sometimes choose shelter and don’t eat.”

Families who wish to move on can sell the unit back to Habitat–and take some equity with them.

“The next best thing is that they will be able to sell it back to us and we’ll keep it affordable, but give the family every penny back plus the equity, so they don’t have to go through a long process, they can give it back and we give them the value back,” says Gerrard.

“We retain the unit for another family in perpetuity. It will always be affordable housing and we’ll manage it with the family. It’s an extension of giving a hand up, and it gives a further hand up because they can buy a new home with their deposit. They take equity with them as well. It’s a homeownership program, but they’re guaranteed to get out what they put in, so if the market drops, they’re protected.”

As for who will get to move into the project once it’s complete, Gerrard says the families have not yet been chosen.

“Traditionally the building process is a long process, it can take from one to three years, we used to pick our families early on and they would have to wait and it would be frustrating, especially in some cases where people are desperate for housing,” he says.

“We work with our families and select them 120 days before the project is completed. That way, they see the reality, they see its coming and they can plan appropriately. We want them to come and learn all the extra things, like financial management, how to take care of a home, etc.”

As for the project taking shape in Malton, Councillor Parrish says it’s an ideal neighbourhood for the development.

“It’s particularly nice to welcome Habitat for Humanity to the Malton community. Malton has for some years lived down a reputation as a rough town, it’s not,” says Parrish. They are the sweetest, kindest, nicest people, and you’ll see that as you’re building here. They’ll bring you coffee and tea and they’ll be coming with their hammers and saying ‘what can I do?’” It’s a wonderful village.”

Parrish said Habitat and the city faced some challenges in terms of moving the development forward.

“It’s wonderful to have you here. Habitat is probably the most innovative group I’ve ever met, you’re always one step ahead of where the government is and you do a great job. We had a lot of problems with resistance from the airport. Thanks to the mayor and council, we’ve actually negotiated with the GTAA to change the rules around here. This is a great location, we hope to get more semis and more housing out here. The Region has been incredible.”

In terms of who will eventually live in the structure, Gerrard says Habitat works with a number of organizations to decide which families are ideal candidates.

“They could be on the Peel housing list or referred to us. We work with community groups, women’s shelters, any organization with families. We try to help anyone in need.”

And while this project is more modest in scope, Gerrard sees more substantial developments in Habitat for Humanity’s (and Mississauga’s) future.

“We’ve been working on some big projects for a couple years now. We’re hoping our next development will be somewhere in the neighbourhood of 120 units, so we’re in discussion with some developers in the community on some land, and ultimately our objective would be to work within the City of Mississauga’s new affordable housing strategy,” he says.

The development should be complete by the fall.