A new face is set to grace our $10 bill soon, and it’s a big deal for Canada!

The new $10 bank note will feature civil rights pioneer Viola Desmond, known for refusing to leave a whites-only area of a movie theatre in 1946 in New Glasgow, Nova Scotia.

“She was subsequently jailed, convicted and fined,” said the Bank of Canada. “Her court case was the first known legal challenge against racial segregation brought forth by a Black woman in Canada.”

According to The Canadian Press, the new bill will be unveiled at an event at the Halifax Central Library on Thursday March 8, 2018.

This is the first time a Canadian woman will be featured on the face of a regularly circulating Canadian bank note. 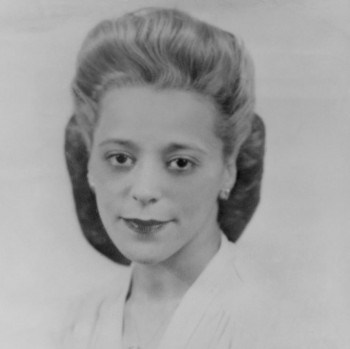 Photo courtesy of the Bank of Canada, Desmond circa 1940

Desmond was also a school teacher and she opened up her own beauty studio and then a beauty school – a role model, entrepreneur, and inspiration in the 1930s and 1940s.

The $10 bank note makeover, which will start to circulate later this year, will kick off a larger roll-out of new bank notes featuring iconic Canadians.

The $5 and some higher denominations are set to undergo a revamp.

“This change will take place when the higher-value notes are redesigned for the next series,” said the Bank of Canada. “These changes mean that former prime ministers William Lyon Mackenzie King and Sir Robert Borden will no longer be portrayed on bank notes.”

The $20 bill will still feature the reigning monarch.