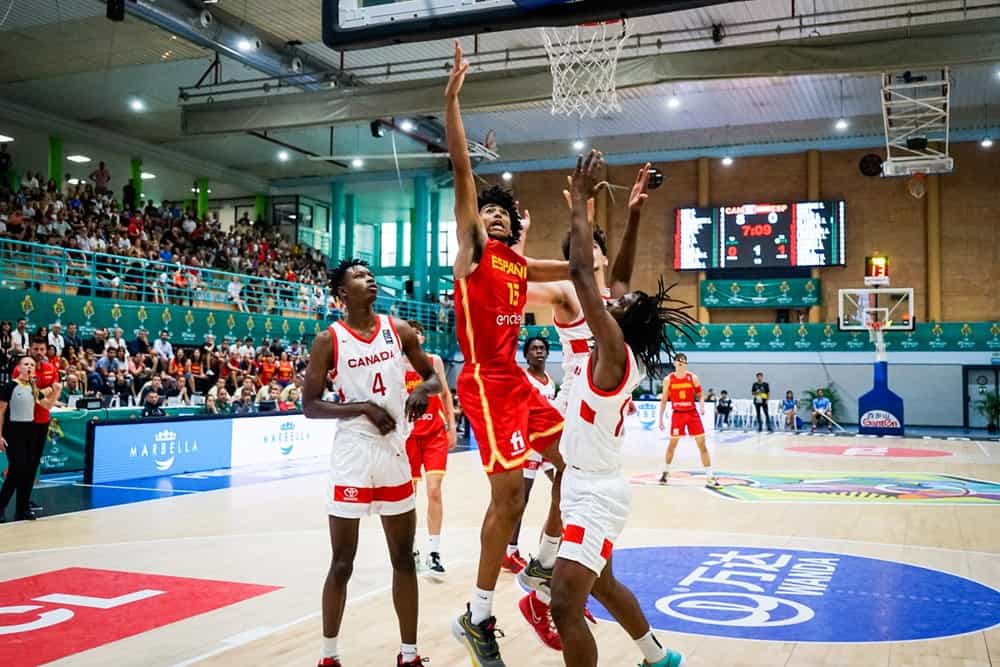 Canada is out of the FIBA U17 World Cup after an 87-63 defeat at the hands of host Spain.

The Canadians, who never got into a rhythm after an opening game trouncing of New Zealand, still have pride to play for in upcoming classification games – starting Friday with a match against Lebanon – but their stay in the main draw is over.

Spain plays Australia in a quarter-final game tomorrow. Other round-of-eight matches have the USA playing Serbia, France meeting Slovenia and Lithuania against Poland.