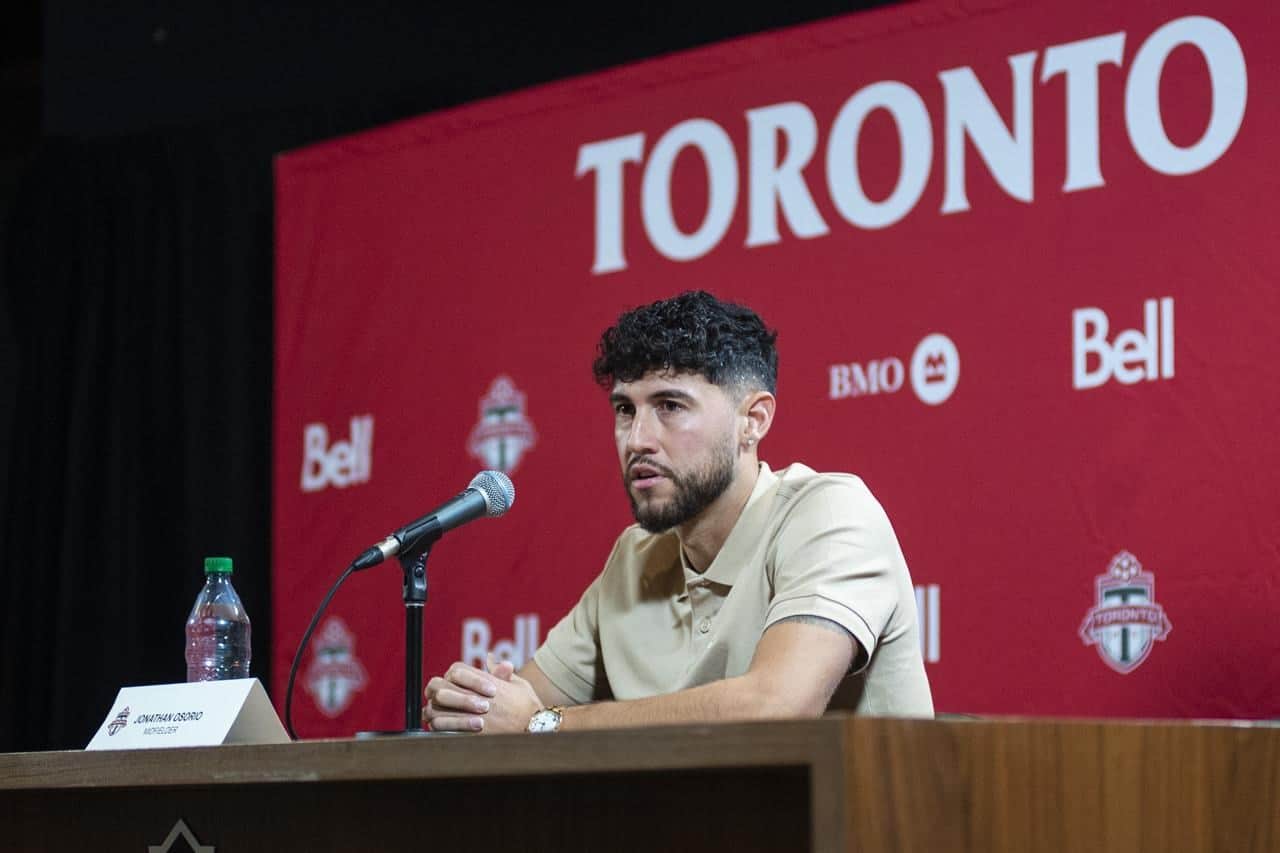 TORONTO — Canadian international and Brampton native Jonathan Osorio’s recent experience at the FIFA World Cup in Qatar played a massive part in his decision to stay home and re-sign with Toronto FC.

The veteran midfielder committed to a new three-year contract plus a 2026 option with Toronto on Monday using targeted allocation money.

The targeted allocation money allows the club to buy down the salary cap charge for an existing player, providing he earns more than the maximum salary budget charge, which was US$612,500 in 2022.

One of seven Brampton players to make the cut for Canada’s 2022 FIFA World Cup squad this year, Osorio entertained offers to continue his career in Europe and explained his decision to remain with Toronto FC at a press conference at BMO Field on Tuesday.

“I’ve played here at Toronto my whole career,” said Osorio, who grew up in Brampton. “I have not had a chance to play against players at that level, players playing Europe. So I got to experience it, really feel that, and it was interesting for me to see how far up close I was from that level.

“It motivated me to be better here. There are lots of players who may be making the jump (to Europe). But to grow the game here, some players need to stay here. Maybe that’s my calling.”

Canada made its first appearance in the World Cup since 1986 but lost its three group-stage matches to Belgium, Croatia and Morocco.

Osorio made three appearances for Canada at the FIFA World Cup, subbing in the first two matches against Belgium and Croatia and starting against Morocco. In the game against Morocco, Osorio played 66 minutes.

Among the many reasons for his decision to remain with Toronto FC, the 30-year-old Osorio wants to help restore his hometown club to contender status.

Toronto FC is five years removed from its MLS Cup championship but has missed the playoffs the past two seasons.

“I want to give more to this club and, throughout these four years, bring success back to this club,” Osorio said. “One of the big reasons I wanted to stay was the last couple of years have been hard, and I want to be part of the resurgence of this club.”

Osorio has been part of Toronto FC for 10 seasons and is the franchise’s all-time leader in appearances, with 318 in all competitions. He also is tied for third in franchise scoring with 58 goals.

He has played a more prominent role in recent seasons and is considered a significant team leader along with Toronto FC captain Michael Bradley.

Osorio determined it was best to re-sign with Toronto FC during the World Cup. Still, he waited until Canada’s tournament was over so his new contract would not be a distraction.

“I know I said it was a dream to go to Europe and everything. But then it just presented itself for my family and me that it was best for everybody that I was here in Toronto,” Osorio said.

“The World Cup was amazing. It opened my eyes. I want to play here in Toronto my whole career.”

This report by The Canadian Press was first published Dec. 13, 2022.