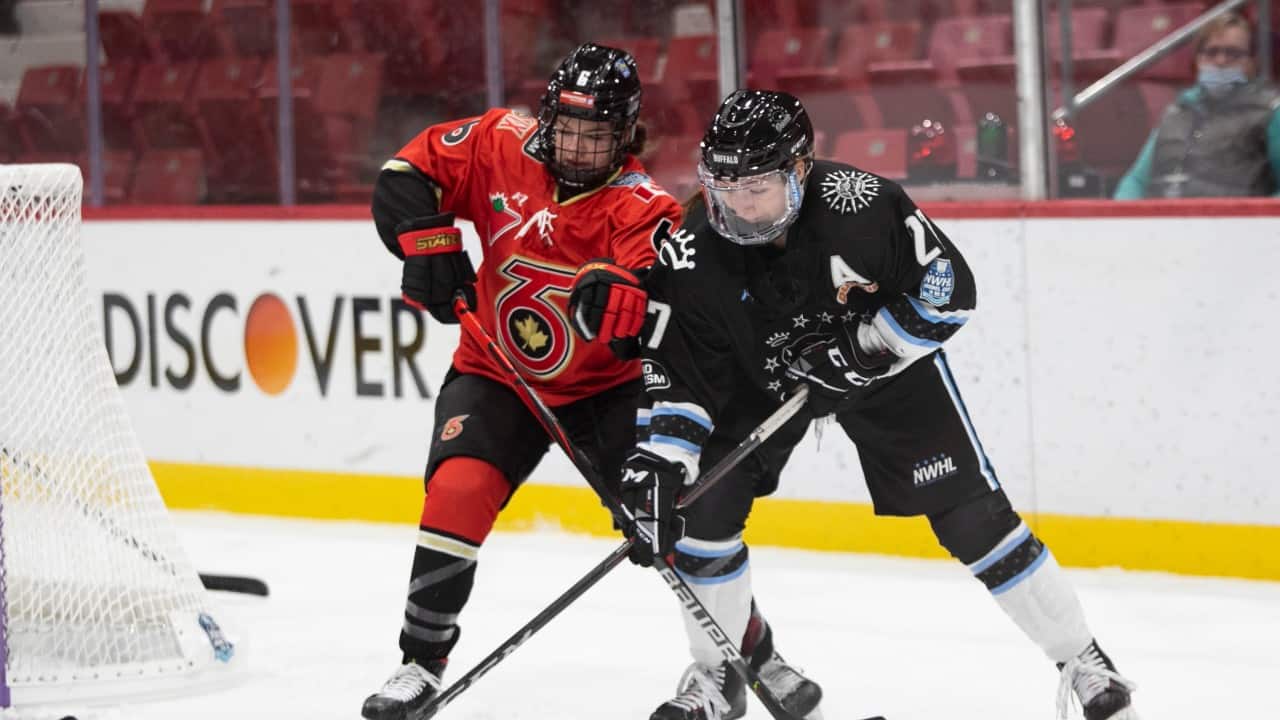 The Toronto Six made a little history of their own on the weekend with their first-ever victories on home ice after sweeping the Connecticut Whale 5-1 and 3-2 at York Canlan Ice Arena.

The Six, members of the Premier Hockey Federation, played their pandemic-shortened inaugural 2020-21 season south of the border.

Michela Cava scored a pair for the winners Saturday with Brampton’s Mikyla Grant-Mentis also scoring, along with Brooke Boquist and Maegan Beres. Mentis scored the winner Sunday, with other goals going to Taylor Davison (Oakville) and team captain Shian Darkangelo.

Other members of the club from the GTA include Saroya Tinker of Oshawa, Tori Charron of Uxbridge and Stephanie Sucharda of Mississauga.

The Six, who are now 3-0 on the season, are coached by Mark Joslin and Hall of Fame legend Angela James.