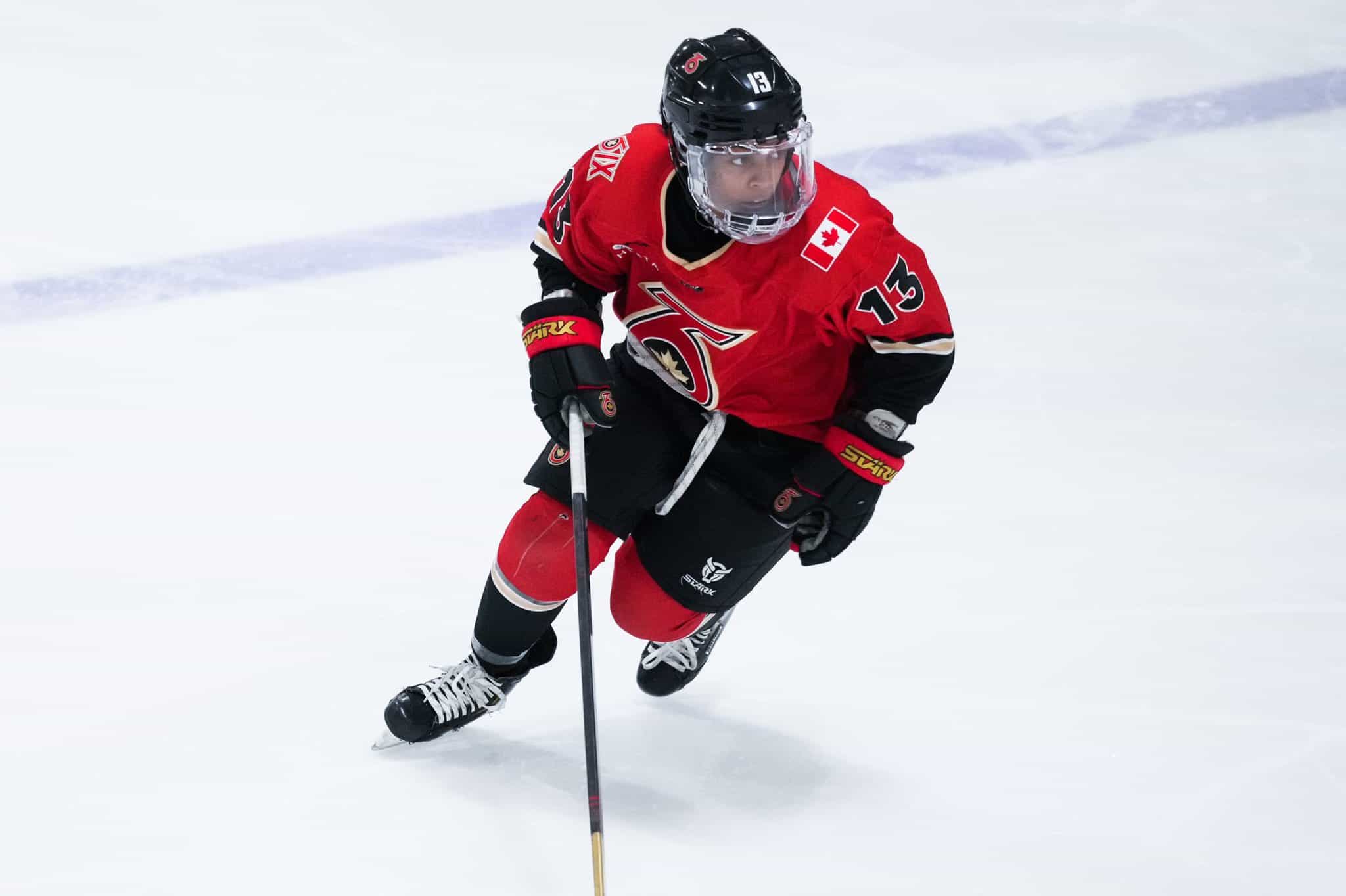 Professional women’s hockey has its first $80,000 player thanks to a deal between Brampton’s Mikyla Grant-Mentis and the  Buffalo Beauts.

TSN first reported the deal on Friday, which reportedly includes a Premier Hockey Federation (PHF) maximum 10 per cent bonus for the 23-year-old from Brampton.

The agreement comes a little over a week into free agency with Grant-Mentis becoming the first to cash in on the PHF’s move to more than double its salary cap to $750,000 per team from $300,000 last year.

Grant-Mentis has the production to merit the contract after completing her second full season with the Toronto Six.

Grant-Mentis finished second in the PHF with 30 points and 17 assists, and tied for second with 13 goals, including a league-leading six game-winners last season.

Two years ago, she earned both MVP and Newcomer of the Year honours during the league’s COVID-19-shortened season, and the deal would mark Grant-Mentis’ return to Buffalo where she broke in as a professional.

She played two games for the Beauts to close off the 2019-20 season following her four-year college career at Merrimack, where she set the program record for most career points, 117, in 137 games.

The PHF, which was rebranded from the National Women’s Hockey League last summer, hasn’t disclosed salary figures over the previous three seasons, making it difficult to determine which player previously had the highest salary in a league established in 2015-16.

Aside from increasing its salary cap, the PHF is also set to expand from six to eight teams, with a franchise to be based on Montreal and a second in a yet-to-be-disclosed U.S. location.

The developments come at a time the PHF is preparing to face competition for talent with the Professional Women’s Hockey Players’ Association closing in on launching its own league within the next year.