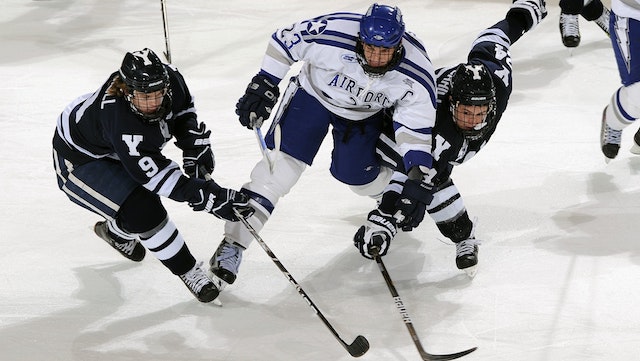 Mayor Patrick Brown announced the launch of a yearly charity event that will support healthcare in Brampton.

The event will take place on August 22nd at 7:00 p.m at the CAA Centre. The game will include a star-studded lineup of NHL All-Stars, as well as Hall of Fame Alumni.

This year’s game will feature a headlining lineup of locally-grown and locally-trained talent.

Team Monahan will be captained by Calgary Flames’ Sean Monahan who was born in Brampton. Monahan is coming off of a breakout season where he tallied 34 goals and 48 assists for a total of 82 points in 78 games. Monahan has notched 172 goals and 363 total points in the last six years.

2019 Norris Trophy winner and Calgary Flames Player Mark Giordano will also be in attendance. Giordano spends his summers training in Brampton. He is the 2019 winner of The James Norris Memorial Trophy for the leagues best defenseman. Like his teammate, Giordano is also coming off of a breakout season where he tallied 17 goals and 57 assists for a total of 74 points in 78 games.

Dallas Stars’ Brett Ritchie and Anaheim Ducks’ Nick Ritchie will also be attending Brampton’s Hockey Night. They both spend their off-season training in Brampton. Together the Ritchie brothers have a combined 68 goals and 144 points.
Brampton-born talent, Scott Wedgewood will be joining the game’s roster as one of the event’s goaltenders. Wedgewood recently signed a one year contract with the Tampa Bay Lightning. He has posted an NHL save percentage of 0.903% and has two career NHL Shutouts.

Joining Hockey Night in Brampton as one of the team’s coaches is coaching legend, Mike Keenan. For over 2 decades, Keenan coached around 1300 games at the NHL level where he led his teams to 672 wins and one Stanley Cup.

Hockey Night in Brampton is supporting the Cardiology Program at Brampton Civic Hospital, through the William Osler Health System Foundation.

“Many people don’t know that 100 per cent of the equipment within a hospital is funded by the community. That’s what makes events like Hockey Night in Brampton so important. We are immensely grateful to Mayor Brown for hosting this exciting event in support of Brampton Civic; Community support enables our physicians and staff simply to perform the life-saving work they do every day,” says President and CEO of William Osler Health System Foundation Ken Mayhew.

Tickets are available at https://www.hockeynightinbrampton.com/support-hockey-night.

Will you be attending Brampton’s first annual hockey night?