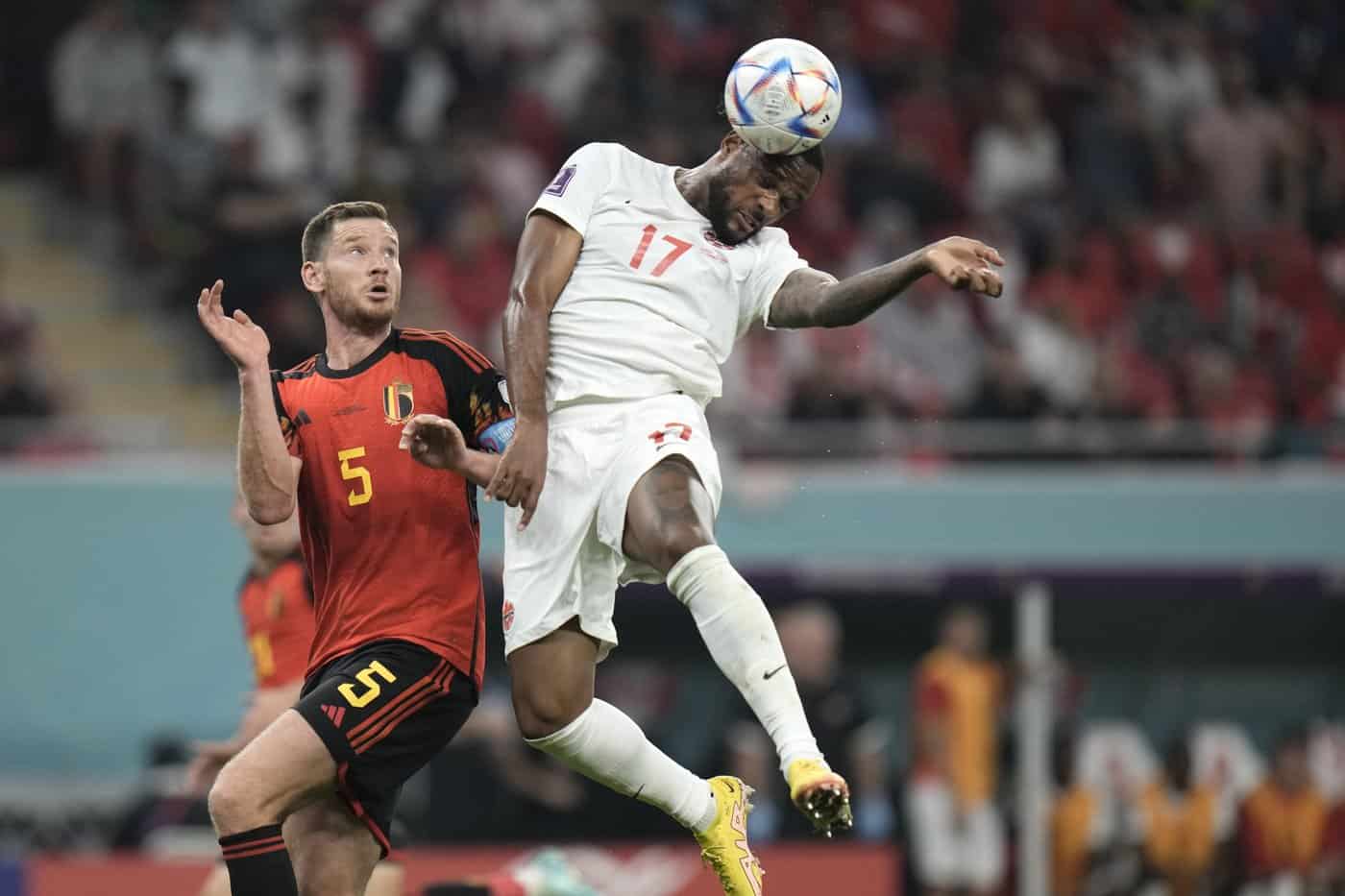 Brampton's Cyle Larin, right, makes an attempt to score ahead Belgium's Axel Witsel during the World Cup group F soccer match between Belgium and Canada, at the Ahmad Bin Ali Stadium in Doha, Qatar, Wednesday, Nov. 23, 2022. Larin, Canada's leading men's international scorer, has joined Spain's Real Valladolid on a loan deal with a purchase option at the end of the season. THE CANADIAN PRESS/AP-Hassan Ammar

Brampton forward Cyle Larin, Canada’s leading men’s international scorer, has joined Spain’s Real Valladolid on a loan deal with a purchase option at the end of the season.

The move from Belgium’s Club Brugge offers the 27-year-old from Brampton a fresh start.

Larin joined fellow Canadian Tajon Buchanan at Club Brugge in July from Turkey’s Besiktas but failed to establish himself in the lineup. He had one goal in 13 appearances for the Belgian side.

Larin, who was out of contract with Besiktas, signed with Brugge through 2025.

Real Valladolid currently sits 18th in Spain’s 20-team top flight at 5-11-2. It is need of goals, having scored just 13 goals this season. Only Cadiz and Elche, the teams below it, have scored fewer with 12 apiece.

Larin, who has 25 goals in 48 appearances for Canada, saw action in all three World Cup games in Qatar. He played a key part in Canada’s successful World Cup qualifying campaign with 13 goals in 16 games.

The six-foot-two striker set the Canadian men’s scoring record in January in a 1-0 World Cup qualifying win over the U.S. in Hamilton, passing Dwayne De Rosario, who had 22 goals in 81 appearances.

Larin joined Canadian captain Atiba Hutchinson at Besiktas in January 2018 after a messy exit from Major League Soccer’s Orlando City. Larin scored 23 times in 45 games to help Besiktas to the Turkish league and cup double in 2020-21.

After two years at the University of Connecticut, Larin was selected first overall in the 2015 MLS SuperDraft.

Larin, who played for Toronto-area academy Sigma FC from 2007 through 2014, made his senior debut for Canada against Bulgaria in May 2014.