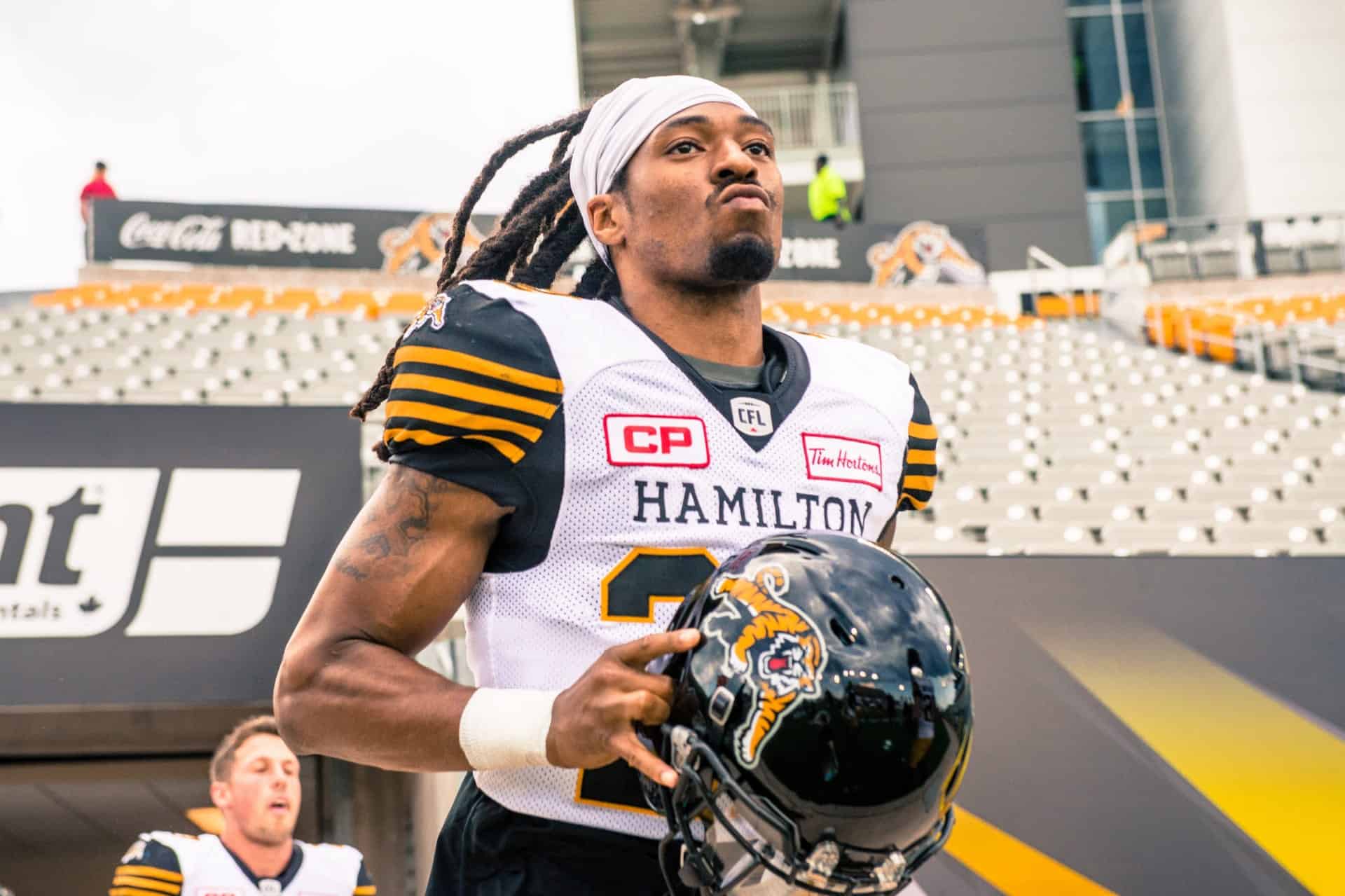 After eight years in the Canadian Football League with the Hamilton Tiger-Cats (2013-18, 20) and Calgary Stampeders (2019), defensive back Courtney Stephen announced his retirement Thursday (June 24) prior to the start of the 2021 season.

The 6-1, 199-pound native of Brampton, Ontario also appeared in nine playoff games for the Tiger-Cats, including the 102nd Grey Cup game, and was the team’s nominee for the CFL’s Jake Gaudaur Veterans’ Award in 2016. Stephen was originally selected by Hamilton in the first round, eighth overall, in the 2012 CFL Draft.

“Courtney has been a consummate professional since joining our organization in 2013 and we were fortunate to have him,” said Orlondo Steinauer, Head Coach of the Tiger-Cats.

“He was a great competitor who was willing to contribute in ways that were always best for the team. While his contributions on the field will cease, his presence in the community will carry on where he was a steady presence throughout his career. We thank Courtney for his commitment to Hamilton, and further wish him and his family the best in his new life chapters.”

Prior to joining the Tiger-Cats, Stephen suited up in 16 games over three seasons (2010-12) at Northern Illinois University, recording 17 defensive tackles (12 solo, 5 assisted), an interception and a blocked kick.

“Football brought me coast to coast, taught me about life, and introduced me to people I’ll
never forget. It’s been an amazing journey. Today, my career as a player comes to an end. After much thought and reflection, I’ve decided that now is as good a time as any to take a step back from the game I love and to move on to the next phase of my career. Few people, if any, will ever understand what it took for you to get where you are in life. So for me, this is a proud moment. I wrote down a goal as a young kid and I followed through on it.
“I want to dedicate my career to every person who believed in me and offered their support
along the way. I want to thank my parents, my wife Laura, my brothers and my sister, I wouldn’t have made it without you. I want to thank my teammates because no matter how good you are at this game, you can’t play alone. A big thank you goes out to every coach who ever gave me a shot and every trainer, doctor, and therapist who kept me on the field. I want to thank Bob Young, Scott Mitchell, Shawn Burke, Coach O, and my agent, Darren – I will forever be grateful. I also want to thank the best fans in the CFL. Because of you, game day in Hamilton is always electric. I’ll miss those Labour Day Classics. I hope you guys had as much fun as I did. I thank God for giving me this story to tell and I hope that it’ll inspire someone else to wake up and chase their dreams as well.
“I’m excited for what’s next! To spend time with my family, to launch my new career in the
world of finance, and to continue making a difference in the local community. It’s been amazing,
Hamilton. Thanks for the memories!”
– Courtney Stephen