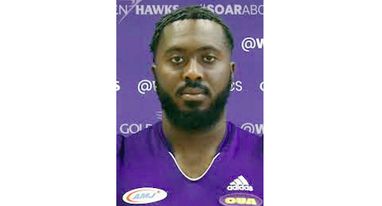 Brampton native Sam Acheampong is officially a member of the  Toronto Argonauts.

The defensive lineman and graduate of Cardinal Ambrozic Catholic Secondary School in Brampton is one of four Canadians from the Argonauts 2020 draft class to sign with the Canadian Football League club.

The six-foot-five, 247-pound lineman was an OUA first-team all-star in 2019 after recording 19 tackles, 5.5 sacks and one forced fumble in eight games.

The purple and gold defensive star completed his career with 53 tackles, 11.5 sacks and one forced fumble.