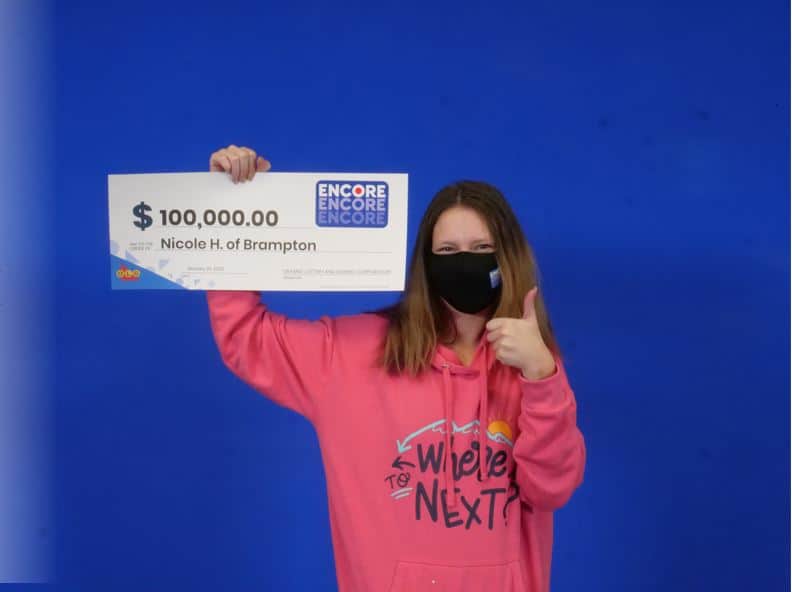 Brampton’s Nicole Hunter says she is a regular lottery player and loves to play INSTANT games. She bought what she called “a spur of the moment” ticket and ended up with a $100,000 payday.

“I was at the kitchen table having a coffee with my mom when I checked my ticket using the OLG App and discovered I won,” Hunter said. “We both thought it couldn’t be real. We were shocked and speechless.”

The 25-year-old who works in pet services and says she shared the good news with her grandparents.

“They were surprised,” she said. “It’s a lot to process.”

Hunter said she plans to pay some bills and put some of her win aside for her child’s future.

Encore offers 22 ways to win and can be played in conjunction with most lottery games for an extra $1. There is an ENCORE draw every day.

As there are limited appointments, OLG encourages those with claims between $1,000 and $49,999.90 to submit their claims online or mail them.

Submitting claims online is fast, secure and enables OLG to process the claim in a timely manner. Customers with prizes over $50,000 are asked to call 1-800-387-0098 to discuss available prize claim options.

The winning ticket was purchased at Mom’s Convenience on Avondale Boulevard in Brampton.