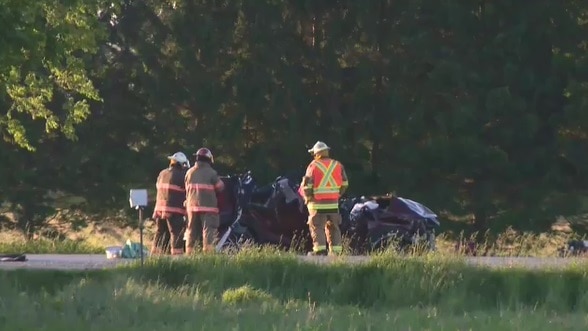 A Brampton truck driver has been sentenced to four-and-a-half years in jail in connection with a 2019 collision that killed three members of a London family.

The crash happened in June, 2019, at a rural intersection north of Listowel.

Three people were killed in the collision, Walter Yetman, 60, Donna Yetman, 58, and their daughter Stephanie Roloson, 28.

A two-year-old boy in the vehicle with them had non-life threatening injuries.

Police determined the transport truck went through a stop sign at the intersection.

Singh was also given a five-year licence suspension.