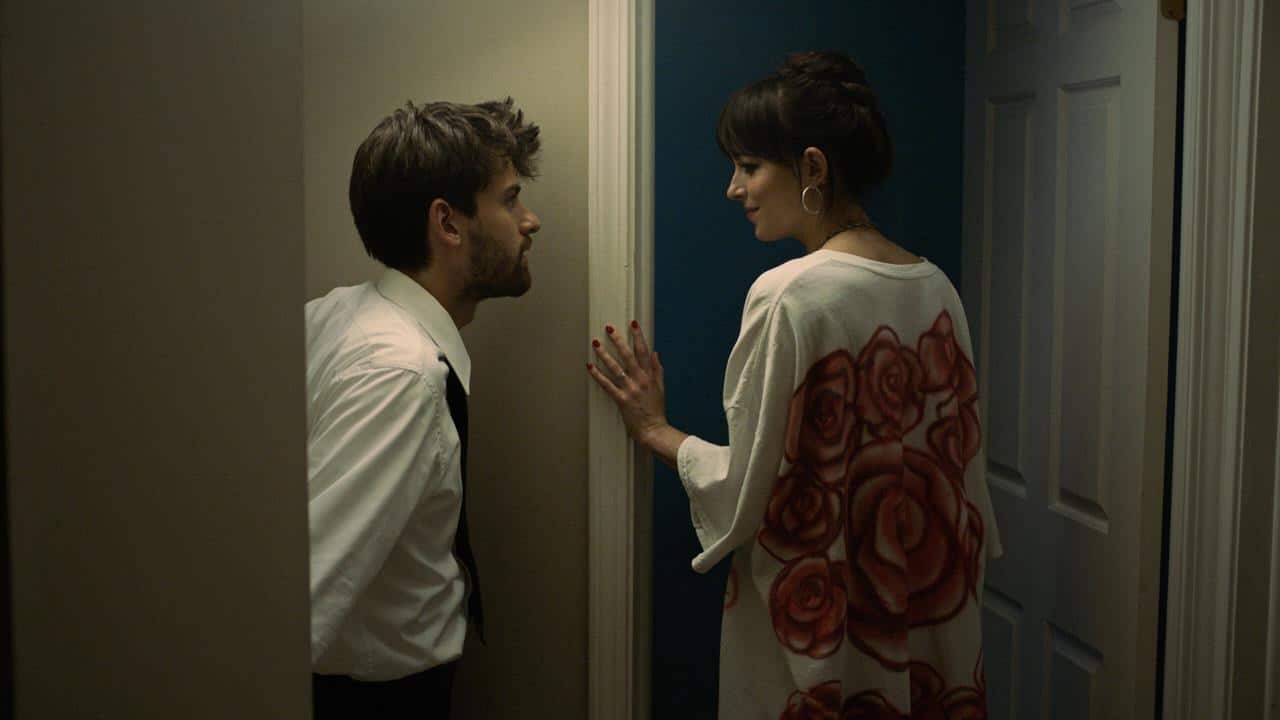 Two hometown connections to Brampton will hit the small screen with a new batch of movies and series coming to streaming services this month.

Brampton’s own Jordan Gavaris, best known as Felix on “Orphan Black,” is coming back to TV in a new series debuting on Prime Video this June.

As for films, Kevin Hart and Woody Harrelson team up for the action-packed comedy The Man from Toronto, shot in Brampton in 2020.

Here’s a look at some of the standout shows and films coming to streaming platforms this month:

Gavaris, the Brampton actor  puts his comedic side on full display in a witty new series shot in North Bay. When his long-term relationship disintegrates, gay dad Justin decides to return to Canada from abroad to reconnect with the biological daughter he gave up for adoption as a teen. Planning to spend ample father-daughter bonding time in the great outdoors, he learns his father signed the family cottage away to his stepsister, played by Julia Stiles. The Lake premiers on June 17 on Prime Video.

Post-college life has left 22-year-old Andrew feeling apathetic. He’s moved home to New Jersey to live with his parents, taken a job at a local fast food joint and begun moonlighting as a bar and bat mitzvah hype man. It’s there where he meets Domino, a local mom played by Dakota Johnson, whose unfortunate evening lands them in an awkward social scenario. The incident bonds them in an unexpected way and as Andrew seeks direction in his life, he finds himself in the grips of an infatuation that comes with heaps of complications. Cooper Raiff, writes, directs and leads this dramedy, which channels the spirit of indie favourite “Garden State” and won the audience award in the U.S. dramatic competition at this year’s Sundance Film Festival. (Apple TV Plus, June 17)

When billionaire Molly Novak discovers her husband of 20 years has been cheating on her, she drops him like a bad habit and walks away with her share of the fortune. Searching for a new path in life, she is surprised to learn she’s had a charity foundation operating under her name for years. Walking into the office, she pledges to do better at giving back, even if her lavish lifestyle runs against helping the less fortunate. Maya Rudolph leads the comedy series that skewers the obscenely rich. (Apple TV Plus, June 24, episodes weekly)

French director Olivier Assayas revisits his critically beloved 1996 independent film of the same name with an HBO eight-episode series that reshapes a satirical look at the film industry into a satirical look at the modern TV industry. In the new version, Alicia Vikander plays an American movie actress who has fled a business steeped in superheroes to star in an adaptation of the French silent film, “Les Vampires” as a TV show. But reality begins to blur as she gradually assumes the traits of the character she’s playing. The original “Irma Vep,” starring Maggie Cheung in the lead role, is now streaming on the Criterion Channel. (Crave, June 6, episodes weekly)

Comic Bowen Yang from Saturday Night Live and up-and-comer Joel Kim Booster play two best friends who set forth to Fire Island, New York’s gay summer vacation mecca, in hopes of partaking in their annual week of shenanigans at a friend’s sprawling home. Instead, they learn it could be their last holiday in the house as the woman, played by comedian Margaret Cho, intends to sell the property forthwith. Quickly the bottles start popping and the relationship drama begins hopping in storylines that centre on a very particular segment of the gay party scene. Loosely based on Pride and Prejudice, Booster wrote the feature film that is led by a largely Asian-American cast. (Disney Plus, June 3)

The Man From Toronto – An assassin known only as “Man From Toronto” and a failed sales consultant get caught in a case of mistaken identity when they both show up at the same vacation rental house. Kevin Hart and Woody Harrelson star. (Netflix, June 24)

South Park: The Streaming Wars – A water shortage in South Park leads the local weed industry to create “streaming services,” which they say will give the community the endless supply they desire. (Paramount Plus, Now streaming)

The Dry – After spending her twenties — and part of her thirties — partying, a newly sober woman returns to Dublin for her grandmother’s funeral and attempts to reset her life in this darkly comedic series. (CBC Gem, June 3)

The Janes – A documentary film on the secret network of women in the late 1960s and early 1970s who created an underground service for safe and affordable abortions in the United States when they were illegal. (Crave, June 8)

The O.C. – Shortly before it celebrates its 19th birthday, Prime Video invites all four seasons of the millennial network TV drama onto the streaming service, including the famous Chrismukkah episode. (Prime Video, June 24)

RETURNING SHOWS: Prime Video’s vigilante superhero action series “The Boys” reloads for season 3 on June 3, while Crave returns to “Westworld” for a fourth edition of the sci-fi yarn on June 26.

Netflix unfolds a third season of “The Umbrella Academy” with Halifax native Elliot Page reprising his role on June 22.

Other Netflix highlights include a new season of zany game show “Floor is Lava” on June 3 and a sixth season of gangster saga “Peaky Blinders” on June 10.

Rose Byrne continues to climb the fitness industry ladder in “Physical” season 2 on Apple TV Plus.

This report by The Canadian Press was first published June 2, 2022.