A man in Brampton is in life-threatening condition after a daylight stabbing on Monday (April 25).

Just before 2:30 p.m. on Monday, Peel Regional Police said officers were called to the area of Sandalwood Pkwy and Dixie Rd in Brampton for reports of a stabbing.

Peel Paramedics confirmed a male victim was transported to a local trauma centre in life-threatening condition.

The stabbing suspect fled the area on foot, and a police spokesperson confirmed to insauga.com that one person was taken into custody around 3:00 p.m.

No description of the suspect was immediately available.

Police said to expect a large presence in the Sandalwood Pkwy and Dixie Rd area on Monday afternoon and residents should try and avoid the area if possible.

STABBING:
– Area of Sandalwood Pkwy/Dixie Rd in #Brampton
– Report of adult male that has been stabbed
– Officers on scene confirming a stabbing
– Victim transported to a trauma centre
– Suspect fled area on foot
– Large police presence in area
– C/R at 2:24 p.m.
– PR22-0138939 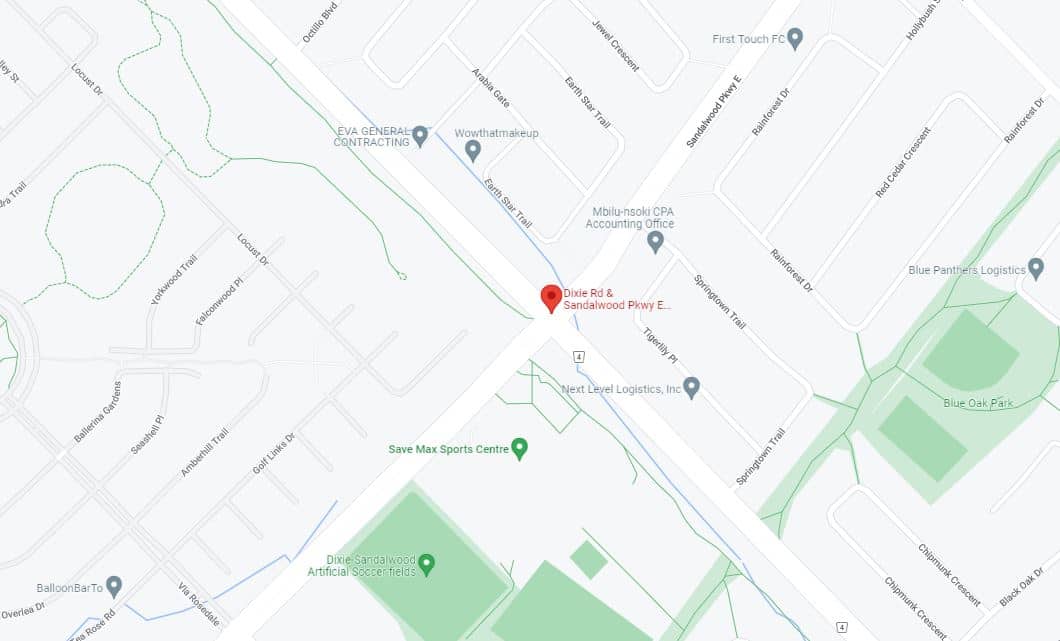