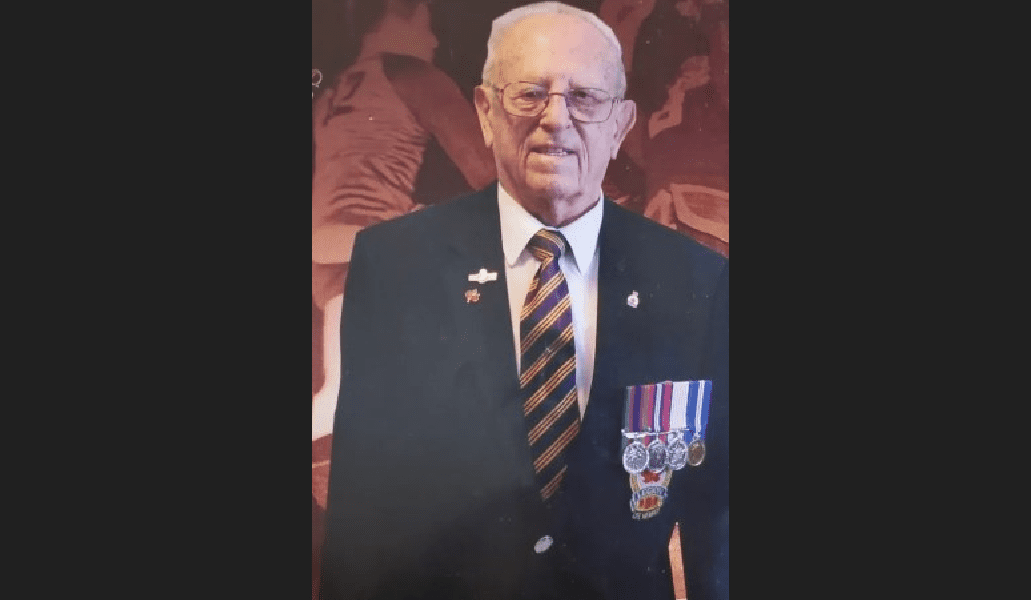 Notable Brampton resident, Canadian Lacrosse Hall of Famer and World War II veteran George “Potsy” Burrows is being remembered by the city’s sports community for always having “a kind word and a smile on his face.”

Burrows, known by his nickname of “Potsy, was a former Brampton Excelsior goaltender and Brampton Sports Hall of Fame inductee. He died on Jan. 8 at the age of 104.

“He volunteered with the hockey league in many other capacities for decades, always with a kind word and a smile on his face,” Brampton Hockey said in a memorial post online dedicated to Burrows. “We have missed his drop-in visits at the office and his stories about the good old days, but we will cherish our time spent with Potsy forever.”

Burrows was also Brampton’s oldest war veteran, serving in the Royal Canadian Air Force during World War II. Burrows went on after the war to help launch the Lakeshore Minor League in 1965 and served as a Minor and OLA referee.

In 1997, Burrows was a recipient of the City’s Citizen of the Year award, and he was also awarded a key to the city on his 95th birthday.

A funeral Service was held for Burrows at St. Andrew’s Presbyterian Church in Brampton on Monday with a reception at the Royal Canadian Legion Branch 15. Burrows is survived by many grandchildren and great-grandchildren.