Brampton scientist named to Forbes 30 Under 30 list for healthcare 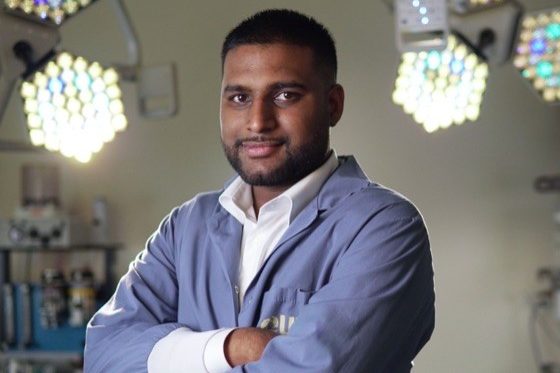 Brampton clinical scientist Aadil Ali has been named to the Forbes 30 Under 30 list for 2023. (Photo retrieved from LinkedIn)

Brampton scientist Aadil Ali has been named to the prestigious Forbes 30 under 30 list for his work developing an organ transplant device.

He graduated Faculty Valedictorian, joining the lung transplant team at Toronto General Hospital to pursue a PhD in lung transplant research. Now the Brampton clinical scientist is gaining international acclaim, landing on the 2023 Forbes 30 Under 30 list for healthcare for thanks to his research and development of a device that widens the time window for lung transplants.

“Lung transplantation requires the organ to be kept in optimal conditions to ensure a successful surgery, and Ali’s device widened the time window for transplantation,” Forbes said.

Brampton City Council plans to acknowledge Ali’s addition to the Forbes list and his scientific contributions at its council meeting on Wednesday (Dec. 14).

The lung preservation device is being used in centres around the world, including Canada, the United States, and Europe. Ali has won numerous awards for his work and has published in a number of high impact scientific journals.