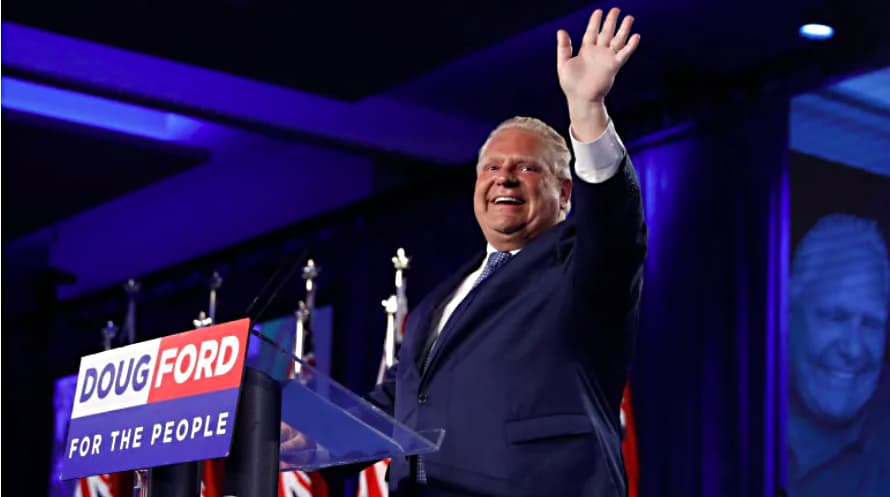 In 2018, the NDP believed they had gained a foothold in Brampton. After all, they had won three of the five ridings and the MPPs had earned high-praise within party ranks.

As it has turned out, the New Democrats were just biding time in Brampton as tradition has returned and Conservatives once again have showed their ability to rebound on the strength of a popular leader.

Gone are NDP Deputy Leader Sara Singh (Brampton Centre), Gurratan Singh (Brampton East), and Kevin Yarde who did not run again after he failed to win the party’s nomination in Brampton North.

In their places are all Conservatives: Charmaine Williams (Brampton Centre), Hardeep Grewal (Brampton East) and Graham McGregor (Brampton North) who joined in with colleagues from around the province to bring Doug Ford another majority with 82 seats. Prabmeet Sarkaria (Brampton South) and Amarjot Sandhu (Brampton West) were re-elected.

The dynamic should prove to be an interesting one as the Conservatives, with all 12 seats in Peel Region, have been given a mandate to carry out programs that local politicians have been clearly against. Highway 413 will now be built and plans for housing that both Brampton and Mississauga councillors have opposed, will surely be back on the table.

Notably, with the Conservatives firmly in control, Ford may also consider the breakup of Peel Region, something he has said he would consider and a plan Mississauga still wants to pursue.