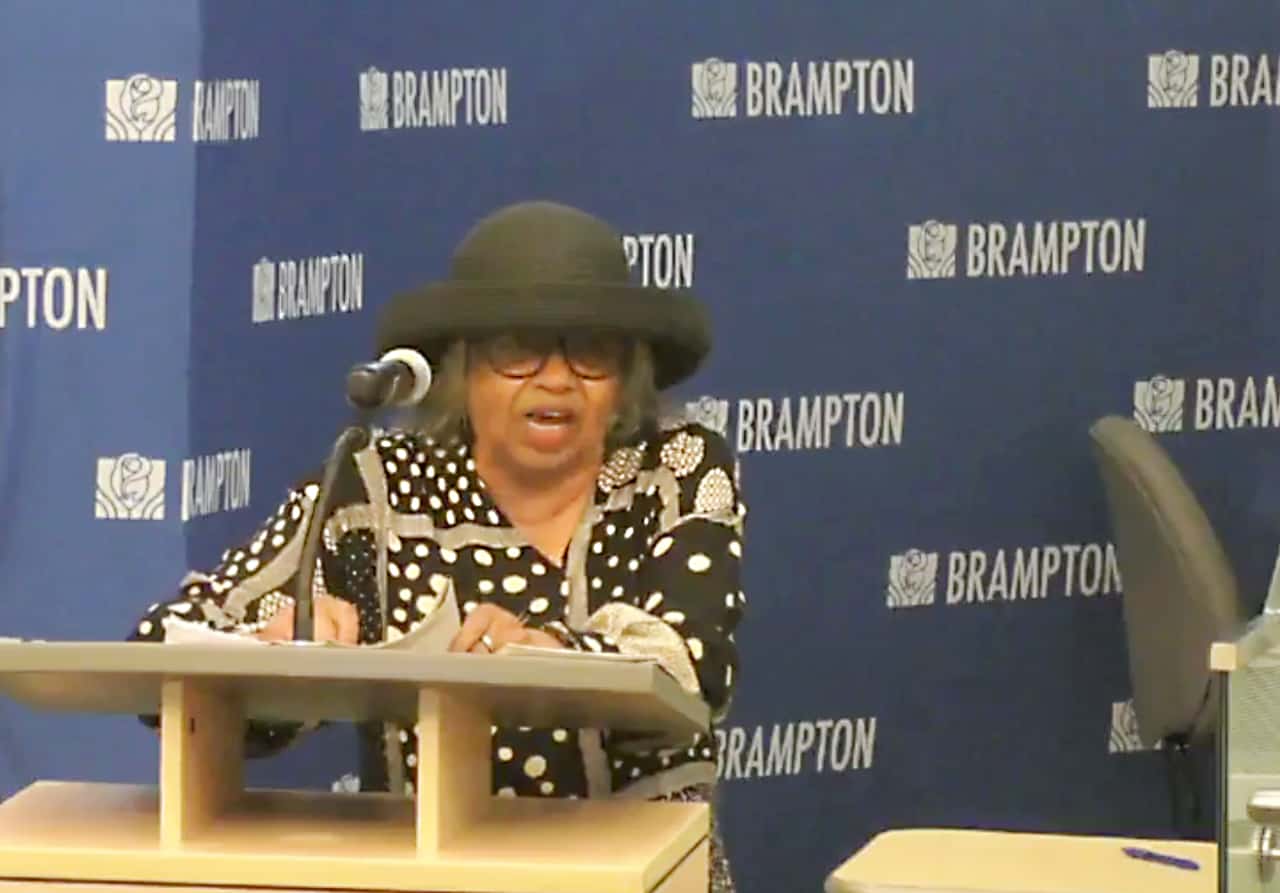 It has been a tough week for Brampton and one resident has had enough.

“If you’re not doing nothing, you should be booted out — all of you,” Yvonne Squires shouted at council members during her five minute delegation at the special council meeting on Aug. 5.

Squires was referring to rampant in-fighting, a hush money scandal and council’s inability to meet.

This week Brampton has been in the spotlight but not in a good way.

On Tuesday, Mayor Patrick Brown scheduled a press conference to say he had just learned the city paid $60,000 in taxpayer money without political approval to settle a sexual harassment complaint. Brown told reporters the money was paid in response to a complaint against Wards 9 and 10 Councillor Gurpreet Dhillon, who has denied the allegations made against him.

Dhillon quickly fired back saying he has contacted lawyers to start legal action against Brown.

And, if one lawsuit isn’t enough, on Thursday, Brampton’s former integrity commissioner Muneeza Sheikh, said she is suing the city and members of council for some $20 million for being let go before her contract expired.

To top it off, Brampton hasn’t had a regular council meeting since June 1 as councillors refused to show up.

“All should be working together to do the work that we send you here to do,” she said to applause from the gallery. “I am sick and tired of the fighting here.”

All the media attention “is just bringing down Brampton — I love Brampton,” she said.

She added that Brown, as mayor, should have known how taxpayer money was spent.

“You’re the captain of the ship,” she told Brown. “And if you’re not steering the ship into port to save us, we all will be drowned.”

The hush money paid should be returned.

“When are we going to get back the money?” she asked. “The money that is paid to this woman who accused one of the councillors of whatever you say, we need back that money.”

Squires said she will keep coming back to council until she gets answers.