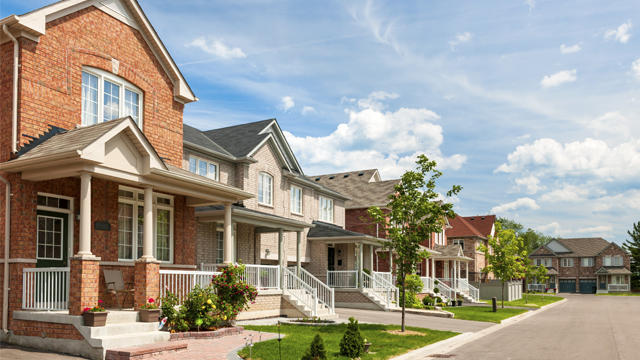 Brampton recently released its 2017-2019 Proposed Business Plan and Budget and it looks like Brampton residents are about to experience a property tax increase to the tune of 2.5 per cent.

Brampton recently released its 2017-2019 Proposed Business Plan and Budget and it looks like Brampton residents are about to experience a property tax increase to the tune of 2.5 per cent.

While tax hikes never come as welcome news, they are–in most cases, at least–something of a necessary evil in any growing city that has to keep pace with demands on its infrastructure and services.

According to the executive summary on the budget, Brampton actually enjoys relatively low property taxes compared to other GTA municipalities. If you own a detached, three-bedroom home totalling about 1,200 sq. ft., you’re looking at an average yearly tax payment of $3,781. Residents with comparable homes in Mississauga pay $4,122 and homeowners in Markham pay $5,101.

As for what’s driving the increase, the city says the largest pressure facing Brampton for 2017 is new and enhanced facilities and services

“The 2017 operating budget includes an increase of $8.5 million or $42 per year on the average residential tax bill,” the report reads.

The 2017 and 2018 operating budgets also include new services and facilities to the tune of $5.9 million and $6.9 million respectively.

The city has also made provisions for some wage increases.

Next year, The Fire (BPFFA) and Canadian Union of Public Employees (CUPE) unions’ collective agreements will come up for renewal. Provisions have also been made for non-union, contract and part-time employees.

“The impacts of these provisions on the 2017 budget are $4.9 million or $25 per year on the average residential tax bill. In addition to wage provisions for CUPE, Fire, non-union, contract and part-time employees, the 2019 operating budget includes provisions for the Amalgamated Transit Union (ATU), as their agreement is up for renewal in 2019. Total provisions for 2018 and 2019 amount to $5.2 million and $6.2 million respectively,” the report reads.

Naturally, the city has also planned for transit enhancements.

The demands on GTA transit systems are high and Brampton is no exception. According to the report, the city plans to increase local transit methods, build on existing systems and work towards alleviating congestion.

Next year, the city plans to enhance Züm services on all four corridors to meet increasing demand and provide a direct link to the TTC subway extension at the Vaughan Metropolitan Centre. Brampton also plans to complete the Queen Street Transit Master Plan Study and start the expansion of the Sandalwood Transit Facility maintenance garage. The city also hopes to better promote public transit to the masses (a difficult task in any driving city).

The budget also takes into account maintenance and renovations relating to important structures and, of course, construction.

According to the report, major projects on tap for 2017 include:

All in all, rising costs are expected in any growing municipality and it’s encouraging that Brampton property taxes are a little more competitive to begin with.

To read the rest of the budget, which will be approved next month, click here.