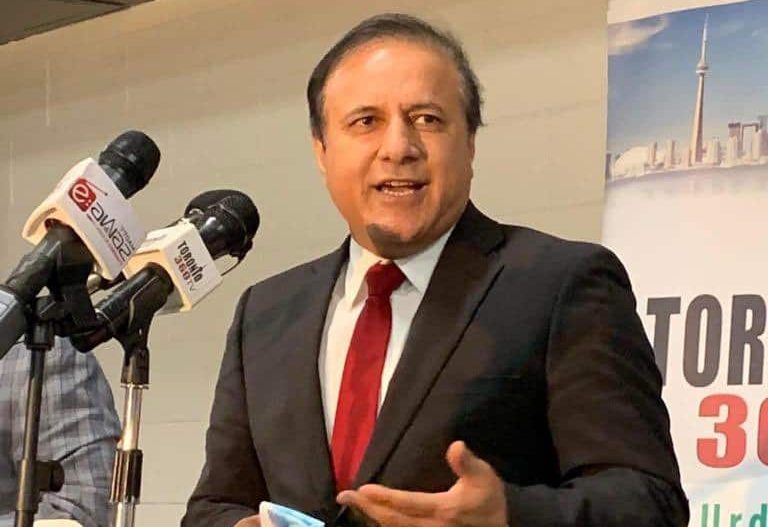 A Brampton MP says it was a “lapse in judgement” when he was caught in the washroom on Zoom while virtually attending the House of Commons last week.

On Friday, proceedings in the House of Commons came to a halt when Liberal MP from Brampton Centre Shafqat Ali was spotted visiting the washroom on his camera feed, inadvertently taking the entire House with him to the lavatory.

Conservative MP Laila Goodridge raised a point of order as the incident was unfolding, saying she believed “that someone might be participating online from a washroom.”

After confirming that a member did in fact appear to be in the washroom, the Speaker reminded members “to be very prudent on how we use our devices and to be aware of the surroundings when you are online.”

Ali apologized for the incident on Monday, saying he took the matter “extremely seriously” and vowed never to repeat the error.

“I want to take this opportunity to apologize sincerely and unreservedly to all members of the parliament for the unfortunate event that transpired last Friday,” Ali said via Zoom, asking members to forgive his “lapse in judgement.”

The camera was only visible to MPs on an internal feed, and not seen on the public parliamentary stream.

Conservative MP for Barrie—Innisfil John Brassard said Monday that it appeared that the washroom in question was “one of the men’s washrooms located on this very floor of this very building” and that the camera was sitting on a “ledge or ridge on the wall, just above the back of the toilet.”

Brassard asked for a ruling on whether the incident was a contempt of Parliament, but the Speaker said the matter was closed after Ali’s apology.

In similar incidents last year, former Quebec Liberal MP for Pontiac Will Amos was literally caught with his pants down while attending virtual Parliament, appearing naked on camera while changing and later admitting to relieving himself in a mug while attending a committee.