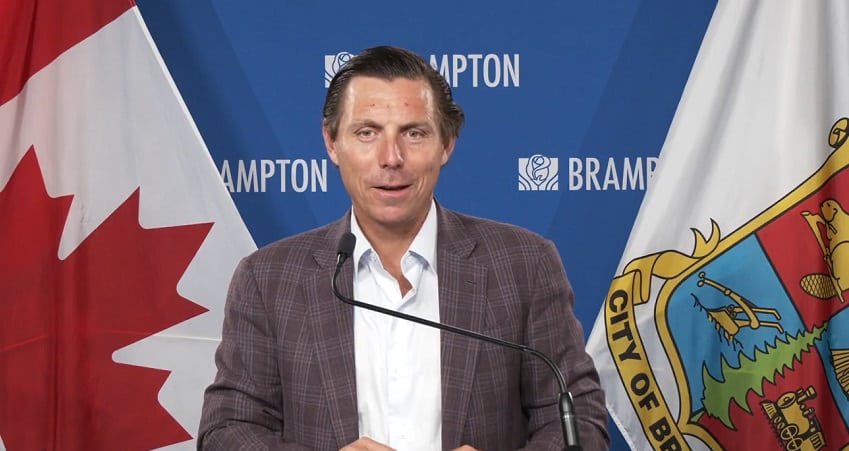 It’s been several weeks since Brampton bylaw officers had to deal with any breaches of public health protocols around COVID-19 rules according to Brampton Mayor Patrick Brown.

“I want to thank the residents of our community who really have listened to public health protocols,” said Brown at his weekly news conference broadcast on the City’s Facebook page.

“I’m very proud that for several weeks in a row, now, we haven’t had any breaches of the protocols or the bylaws, which makes the job of our bylaw officers easier.”

But Brown has made no secret of his disdain for provincial rules that mandate mask use in certain outdoor situations – when people are able to physically distance, for example.

“Outdoors (mask wearing) should be by choice and indoors mandatory. For that reason, our bylaw officers are not enforcing that part of the Reopening Act. We are educating rather than giving tickets to parents on the side of a soccer field.”

Other than that, Brown said, he’s seeing a high level of compliance by Brampton residents.