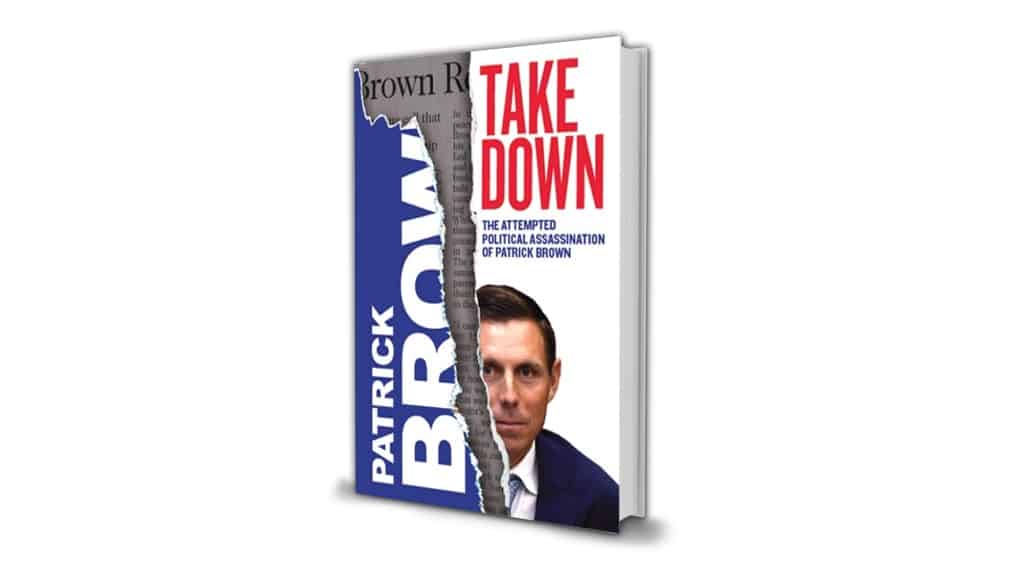 Brampton Mayor Patrick Brown has been awarded $187,313.41 in a successful lawsuit against an insurance company.

Brown won the suit against Sovereign General Insurance Company to recover his costs from a previous libel accusation against him stemming from his revealing account of his fall from the leadership of the Ontario Conservative Party.

In his suit, Brown argued the company failed to reimburse him for his defense against his former Conservative colleague MPP Vic Fedeli.

Following his ouster from the Conservative leadership over allegations of sexual misconduct, Brown wrote a 2018 memoir, Takedown: The Attempted Political Assassination of Patrick Brown, which was published by Optimum Publishing International. Brown has denied the misconduct allegations which were never a police matter.

Within a month after having the book published, Fedeli complained he was defamed in the book and proceeded to sue Brown, who had an arrangement with the publisher to include him as insured in any publishing liability. The insurer denied it was obligated to provide Brown with a defense in the Fedeli case.

In his ruling dated January 21, 2021, Ontario Superior Court Justice Paul Perell stated Brown was entitled to recover the legal fees he had incurred from the insurer in responding to Fedeli’s defamation action.

“Where an insurance policy is ambiguous, a court should consider the reasonable expectations of the parties, so long as such interpretation can be supported by the text of the policy,” Justice Perell wrote as one of the reasons for the decision.

After a long career as an elected official in Barrie and Simcoe County, Brown successfully ran for mayor of Brampton in 2018. He still has an open case against CTV after suing the television station.

The Brampton mayor declined to comment when contacted by inbrampton.com.