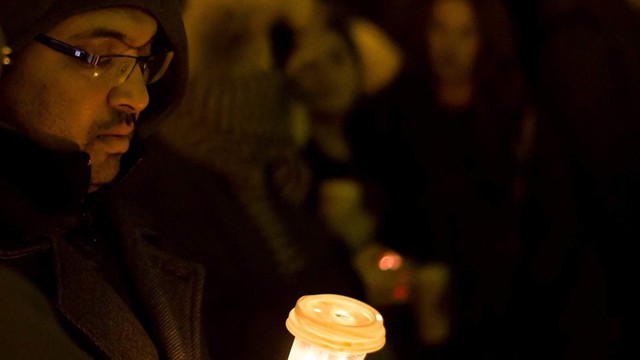 Brampton is one of the most diverse cities in Ontario and that diversity is, in so many ways, an incredible blessing.

Brampton is one of the most diverse cities in Ontario and that diversity is, in so many ways, an incredible blessing.

While visible minorities have no doubt experienced racism in the city, the multicultural landscape of Brampton makes residents — younger ones in particular — less fearful of some great foreign “unknown.” We’ve grown up with diversity and the idea of disparate but coexisting cultures isn’t new — the GTA is, in many ways, defined by that very coexistence. Cities like Toronto, Brampton and Mississauga have incredible layers and pockets that celebrate and represent the global fabric of the spaces we call home. We have Chinatowns and Little India’s and Italy’s. We have Koreatowns and Middle Eastern garment stores and Polish and Ukrainian community centers.

It’s no secret that it’s been a truly difficult weekend for Muslims in the west. On Friday, Jan. 27, newly inaugurated U.S. President Donald Trump announced that he would be imposing a 90-day travel ban on citizens of seven Muslim majority nations and on Sunday, Jan. 29, a gunman killed six people and wounded 19 others in a horrific attack on a Quebec city mosque.

While it’s been a harrowing weekend for many, Brampton officials have been careful to stand for diversity and inclusion.

After the attack, Mayor Linda Jeffrey took to Twitter and said:

“Brampton is one of the most diverse cities on the planet. We do not just cherish diversity, we celebrate it. It is our strength, the very essence of our city’s character. Multiculturalism works. I strongly condemn any form of islamophobia, any form of racism, and any form of hate. Whether you are fleeing persecution or looking for a brighter future for your family, know that we will always welcome you. [Do] not lose hope – even if it seems like international borders are closing, hostilities are growing and an individual’s character is being increasingly judged upon by their race, religion or creed alone. We will always stand up against xenophobia, and we will always protect our human rights. It does not matter to us whether you are Christian, Muslim or Sikh – what does matter is your desire to build a better Brampton.”

She ended off by adding the hashtags #WelcometoCanada, #WelcometoBrampton and #solidarity.

Jeffrey’s emphasis on diversity is fitting because Brampton–Canada’s ninth largest city–is indeed one of its most diverse. According to the 2011 census, Brampton residents represent more than 209 distinct ethnic backgrounds and speak more than 89 different languages.

Overall, the city is an example of multi-culturalism working — and working well.
Brampton, like many diverse GTA cities, functions well because of its openness, its tolerance and its lack of fear.

While it makes sense for Brampton to defend inclusion in the wake of Trump’s ban, Jeffrey is not alone in speaking out.

Mississauga Mayor Bonnie Crombie, Toronto Mayor John Tory and Prime Minister Justin Trudeau have all emphasized the importance of inclusion. While some might argue that it’s brash to be contrarian when Canadian officials–especially the Prime Minister–must work with the new American government, it’s crucially important to make minorities (especially Muslims following the Quebec tragedy) feel welcome and protected–and not just in the wake of an attack, but at all times.

It’s true that multiculturalism has worked incredibly well for Canada and Toronto and the GTA in particular. When Muslims move to Brampton, they aren’t confined to ghettos, treated with distrust by residents and authority figures and isolated by abrasive and discontented stares.

Discrimination can and does happen — but not as frequently as it might in a more homogenized community. Our city’s treatment of newcomers neutralizes the feelings of hopelessness and alienation that might drive a depressed or frustrated person into the embrace of extremism.

After all, extremist organizations like ISIS/ISIL work because they don’t just instill terror in recruits or promise a spectacular afterlife (although they do both of those things) — they extend a hand first. They promise everything from prosperity to recognition to a sense of belonging. They ask people to die or kill for a cause that unites them with a greater, broader community. Sure, they appeal to violent people, but they also appeal to the displaced and disaffected. The lonely. The angry. The ignorant.

Our values make us special. They’re shared by so many, including the Muslims who live, work and play in Brampton. They’re not only positive, they’re protective — Canada has been spared so much of the tension plaguing Europe because it’s adopted and enacted a fair, careful and intelligent immigration process.