A Brampton man’s love of sports is finally paying off.

Brian Mercer’s Football Pools Card earned him a six-figure payday, as he won $143,496.80 over the weekend.

Mercer said he knew he was going to win when he was watching the last game, but he had no idea how much the payout would be.

“I was surprised when I saw the amount. I checked on OLG.ca right away the next morning,” he said.

Mercer said he immediately told his wife, who was thrilled, and he plans to use the money to take his whole family on a trip to Jamaica.

“I feel very excited and happy!” he said. 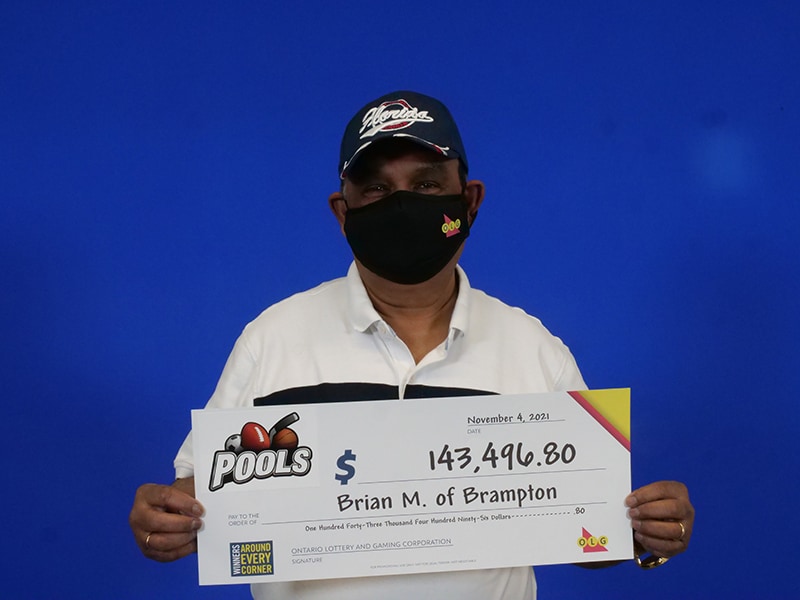