Brampton man wanted for sex trafficking may have run across highway in St. Catharines to evade police 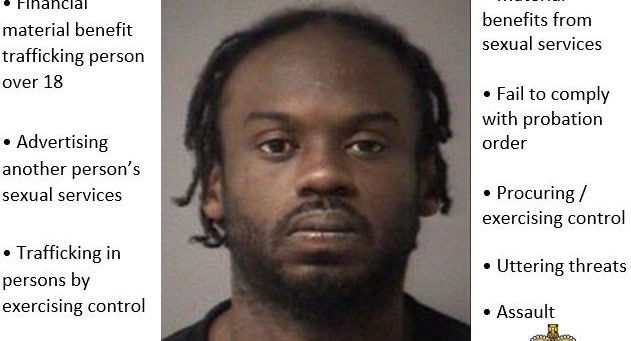 A Brampton man wanted under suspicion of sex trafficking remains on the loose after he took off from Niagara Police and possibly ran across Highway 406 in St. Catharines.

Following a lead, the police were investigating an adult sex trafficking case when they spotted their suspect on January 17 sitting in a car in the Clifford’s Creek Park area near Oakdale Avenue and Smythe Street in St. Catharines.

Seeing the police, the suspect took off on foot, scrambling down the embankment of a ravine.

Bringing in the Emergency Task Force and the K9 Unit, the police scoured the area trying to find him. The trail went cold when they got to a guardrail of Highway 406, where they believe he ran across the highway to evade being caught.

The suspect, who police believe is armed and considered dangerous, is still on the loose.

O’Neil Christopher King, 32, of Brampton (shown below) is currently wanted for:

• Trafficking in persons by exercising control

• Fail to comply with probation order

King is considered to be armed and dangerous with the police saying he should not be approached.

Members of the public who know the whereabouts of King are encouraged to contact 911 immediately. 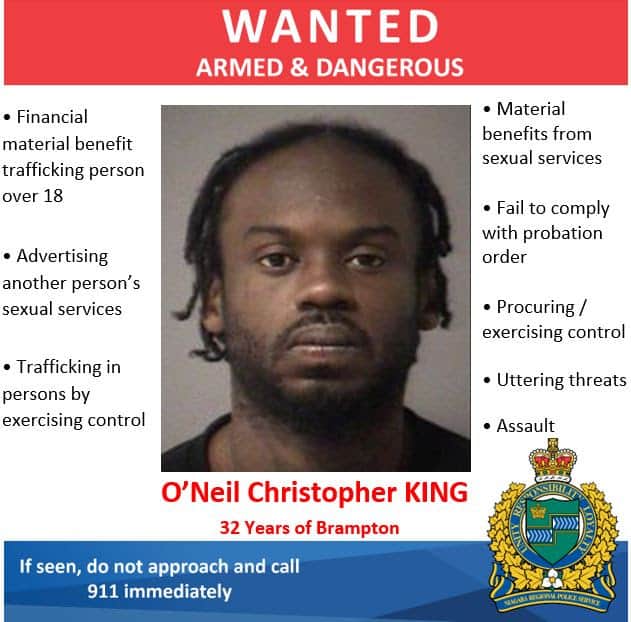