Brampton man plans to share $50,000 lottery prize with his family

A Brampton resident has 50,000 new reasons to celebrate.

Seventy-year-old Jose Martins is celebrating a $50,000 prize he won playing Instant Bingo. He said he doesn’t play very often, but when he does, his favourite games are Instant Bingo and Instant Crossword.

Martins, a retired landscaper, said he didn’t believe he had really won until he actually had the cheque in his hands.

“I was relaxing and playing my ticket when I saw I matched several numbers,” he said while at the OLG Prize Centre in Toronto to pick up his winnings. “When my wife got home with her friends, they checked it using the OLG App on their phone and we saw I won $50,000. My wife started crying tears of joy.”

Martins said he plans to share the money with his family, as well as get a few more Instant Bingo tickets.

The winning ticket was purchased at Kearney General Store in Kearney, Ontario. 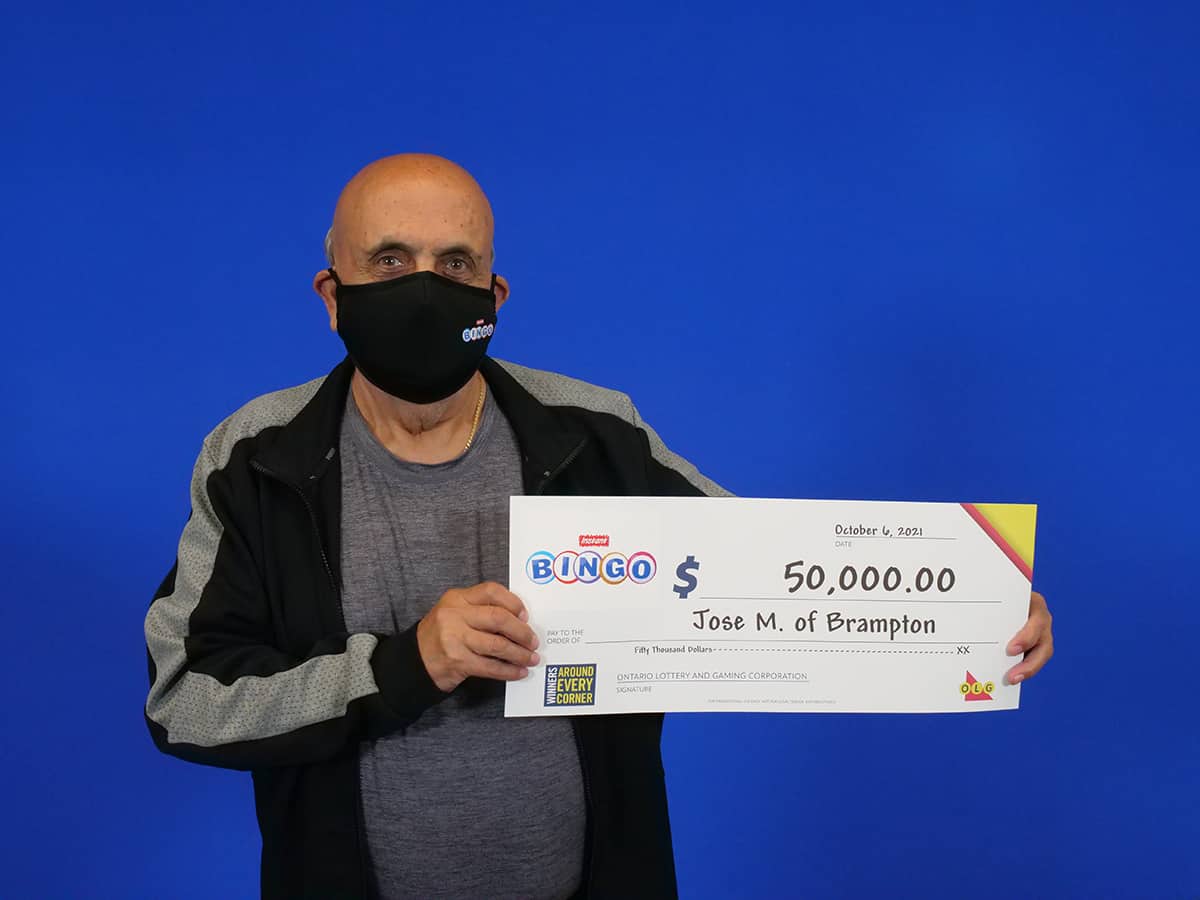