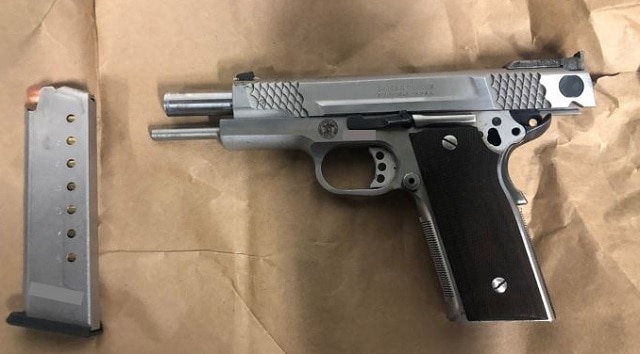 After being stopped for an impaired driving investigation, a Brampton man wound up being arrested and charged with firearm- and drug-related offences.

Peel Regional Police say that around 5:30 a.m. on Sunday morning (Jan. 16), 21 Division patrol officers made a traffic stop in relation to a suspected impaired driver in the area of Clarkway Drive and Castle Oaks Crossing. As a result, they seized a loaded nine-millimetre Smith and Wesson semi-automatic firearm and a quantity of illegal drugs. Investigators from the 21 Division criminal investigation bureau also assisted with the arrest.

Jonathan Pardassie, a 27-year-old man from Brampton, was charged with the following offences:

Pardassie was held for a bail hearing and has appeared in a Brampton court.

Anyone with information on this incident is asked to contact investigators with the 21 Division criminal investigation bureau at 905-453-2121 ext. 2133.