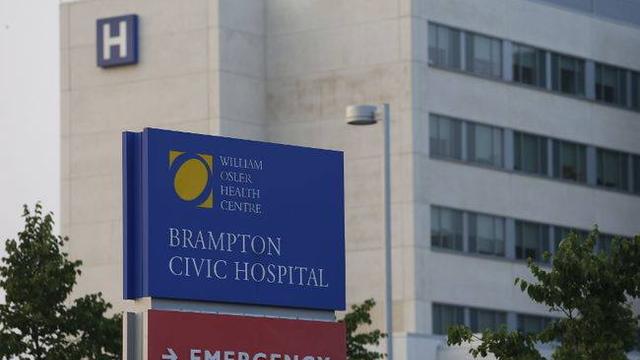 It’s no secret that Brampton’s health care system is in crisis.


It’s no secret that Brampton’s health care system is in crisis. Overcrowding at Brampton Civic is reaching alarming rates, and residents often say that Peel Memorial is not living up to its full potential. Now, Mayor Linda Jeffrey has stepped up to the plate, and put forth a motion that could change the face of Brampton’s hospitals as we know them.

Last week, we reported that Mayor Jeffrey had spoken up about overcrowding at Brampton Civic via an open letter to residents on Facebook. The letter was a call to action for residents to contact their local MPPs about the issue. You can find the full letter here.

Exactly a week later, Mayor Jeffrey has taken yet another serious step towards solving the health care crisis in Brampton.

Last week I put out an open letter to the residents of Brampton about the health care crisis in our city and requesting everyone to contact and talk to your local MPPs about this issue. 1/

We also tasked our staff, in partnership with the Central West Local Health Integration Network (CWLHIN) and the William Osler Health System (WOHS) and Foundation, to protect the lands required for the City’s future third hospital site and report back to Council. 3/3

Currently, the healthcare situation is dire. A whopping 4,300 patients were stuck on hallway stretchers at Brampton Civic during Code Gridlock (extreme overcrowding) for 65 days this year, often for anywhere from 40-70 hours at a time, and that’s just the brunt of it. There are not enough funded beds at the hospital, and the guaranteed six more beds that are coming may not make a huge difference.

The Health Care Motion was a part of Brampton’s City Council meeting on the morning of Wednesday, November 8, 2017.

“[…] in 2007 the Brampton Civic Hospital officially opened and almost immediately had difficulty managing the high volume of patients who visited the Emergency Department,” the motion acknowledged in Council’s agenda.

According to the motion, Council is asking the province to “immediately” approve increased funding for Brampton Civic and Peel Memorial as well as the planning, design, and construction of Phase 2 of Peel Memorial, and resolve that all parties move forward on plans for the third hospital.

Over all, the motion confirms that “the Brampton Council continues to advocate for increased capacity at Brampton Civic Hospital, accelerating Phase 2 of the Peel Memorial Centre for Integrated Health and Wellness, and to begin planning the third hospital in Brampton.”

With those items firmly in mind, action has officially been taken, and now, it’s upto the province to respond.