Brampton lottery winner risks all by waking up wife: ‘She took it pretty well’ 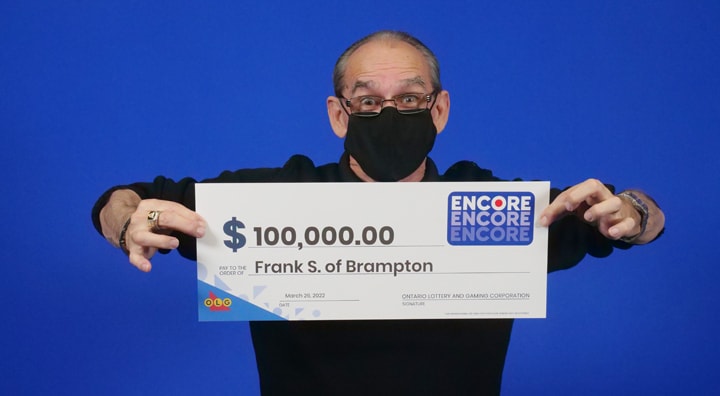 A Brampton lottery winner says his sleepy wife took it pretty well when he woke her up to tell her they had won some money.

Frank Scott, 74, matched the last six of seven Encore number in exact order in the March 4 draw of Lotto Max to claim the $100,000 prize.

“I didn’t win on my Lotto Max numbers, but when I checked my Encore numbers, I couldn’t believe I won!” he shared while at the OLG Prize Centre in Toronto to pick up his winnings. “I woke up my wife – she was still half asleep. She took it pretty well, meanwhile I was going ballistic,” he laughed.

Scott said he needed someone to pinch him because he thought he was dreaming. “I had to take a drink of water!”

He plans to purchase a few things, put some away for a rainy day and take his wife on a vacation.

The winning ticket was purchased at Sobey’s on Chinguacousy Rd. in Brampton.