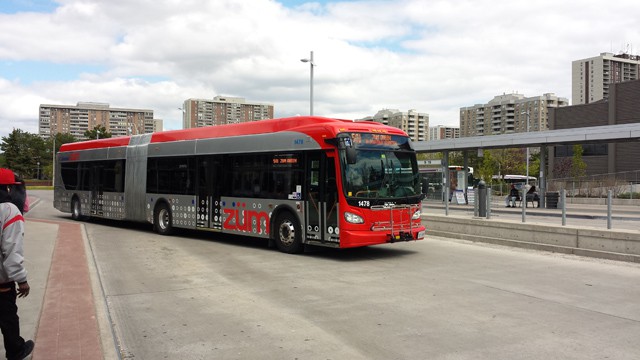 If you’re concerned about the future of public transit in Brampton, we’ve got big news for you–the Ontario government just announced that it will provide more funding for the city.

If you’re concerned about the future of public transit in Brampton, we’ve got big news for you–the Ontario government just announced that it will provide more funding for the city.

It’s no secret that transit has been a contentious issue in Brampton, especially in light of the long battle over the final leg of the controversial Hurontario LRT. While no one knows where the LRT will go from Shopper’s World, we do know that the city is slated to receive “reliable, long-term funding to improve and expand local transit and offer more travel options for commuters and families.”

Starting in 2019, the province is slated to increase funding for Brampton Transit and other municipal transit systems across Ontario through an enhancement to the existing gas tax program. The provincial government will double the municipal share from two cents per litre to four cents by 2021.

The enhancement does not mean that residents will be paying more, just that cities will receive a bigger cut.

“Our public transit users expect and deserve quality services, especially as Brampton Transit continues to see significant ridership increases year over year,” Jeffrey said in a statement. “Long-term predictable funding is extremely helpful in maintaining and expanding the local transit needs of our high growth city. We thank the province for doubling the gas tax – this investment will help us meet the growing needs of Brampton now and into the future.”

“We’ve heard loud and clear from municipalities that they need more sustainable funding for public transit to keep up with the demand to provide more service,” said Steven Del Duca, Minister of Transportation, in a statement. “By modernizing Ontario’s gas tax program we are helping municipalities improve their local transit service so people can easily get where they need to be.”