Brampton is Working to Help its Entrepreneurs 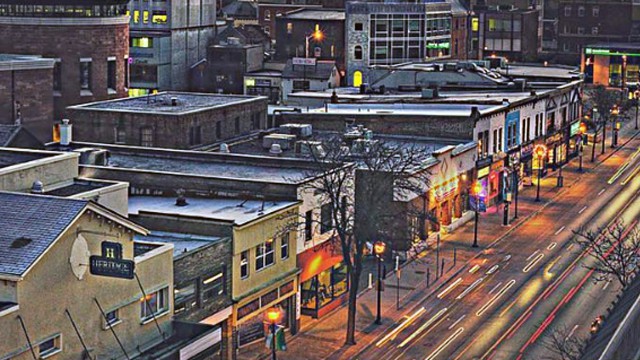 Brampton traditionally was seen as a bedroom community, the most prominent driver of job creation was the business hub close to Pearson International Airport.


Brampton traditionally was seen as a bedroom community, the most prominent driver of job creation was the business hub close to Pearson International Airport. To be fair, a large number of big firms and warehousing/logistics companies have set up shop in Canada’s ninth largest city.

With that kind of monopoly, it sounds like Brampton doesn’t have a lot of room for different kinds of employment, especially if lifting crates in a warehouse from 9-5 is not your thing (and with automation on the rise, humans won’t be doing the heavy lifting much longer). What’s there to do for a budding entrepreneur looking to start his or her own business instead?

The city of Brampton has been contemplating how to expand the city’s economic base. They created something called the Brampton Entrepreneur Centre (BEC) with information and resources for anyone who is looking to start their own business or to expand on an already existing small to medium-sized business.

You can see that the BEC offers weekly, hour or so long sessions absolutely free; however, they are usually held during the mornings or late afternoon. Recognizing that many budding entrepreneurs have other commitments during the typical 9-5 work week, such as post secondary education or existing jobs, the BEC is offering additional services and seminars past those hours in order to accommodate those particular schedules.

Starting January 10, the BEC is offering the following sessions, in addition to their existing seminars (they all start at 6 pm every Tuesday):

Putting out The Getting Your Business Up and Running and How to Grow sessions more than once makes sense, since those sessions outline some fundamentals of establishing a small business. It’s also a good thing that Brampton is bringing in some outside experts in the fields of law and accounting to give attendees some pointers about what are certainly two of the most important aspects of running a business: making sure you comply with all the legal requirements and maintaining strong bookkeeping.

There’s no word yet on whether these 6:00 p.m. sessions will continue past February. In an email response to InBrampton, the city’s communications coordinator indicated that if a continued demand exists, they will certainly look to schedule more events into Tuesday night programming under the BEC. But if we’re looking to nurture the talent Brampton has with entrepreneurs, such as T By Daniel, Brampton should continue this trend.

It’s good that the city is recognizing this by having these programs at the BEC.