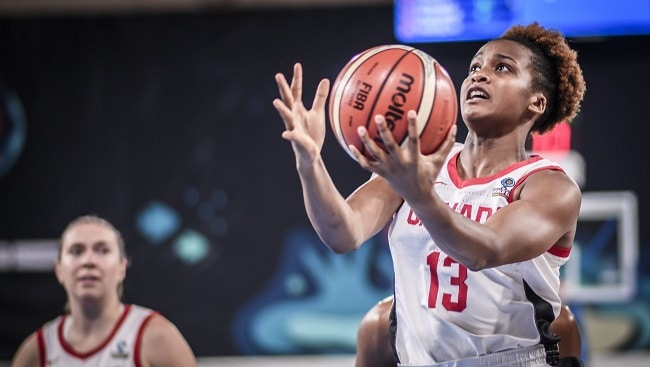 Brampton hoops star Shay Colley will be representing Canada at the 2021 Olympic Games later this month in Tokyo, Japan.

Colley, 25, attended St. Edmund Campion Secondary School in Brampton before heading south for college, first at the University of South Carolina before transferring to, and graduating from, Michigan State University.

The 5-foot-8 guard plays professionally in France and has been a member of Canada’s National Women’s Team since 2015.

Canada is currently ranked fourth in the world and has a good shot at a podium finish at the Olympics, which get underway July 23.