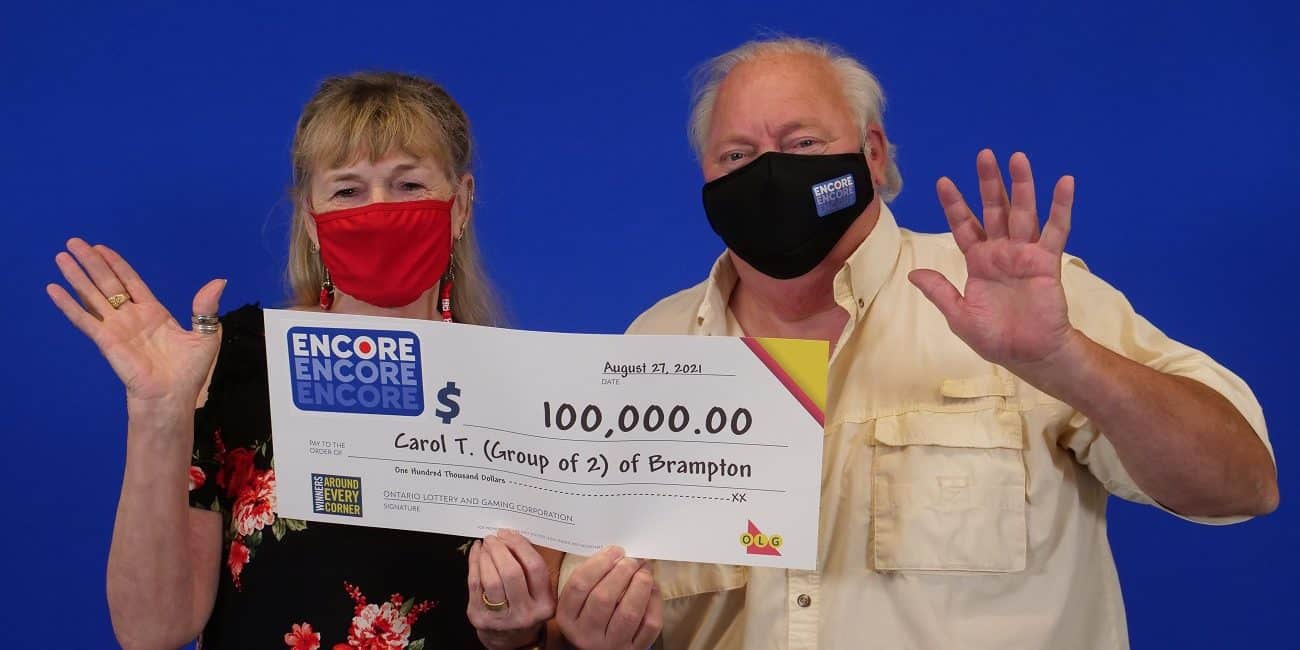 Carol Trainor and Richard Jones matched the last six of seven Encore numbers in exact order to hit the jackpot.

The friends of 15 years have been playing the lottery together for eight years.

“We always play Encore,” they shared, while at the OLG Prize Centre in Toronto to collect their cheque.

Trainor forgot all about the ticket for weeks after the draw.

“I finally checked my ticket using the OLG Lottery App and I was shocked. I showed Richard and we both thought it couldn’t be true! We were in so much disbelief,” she said.

Both plan to pay some bills and invest their winnings.

The winning ticket was purchased in Orillia.